Tia Maria protests resume ahead of talks with government 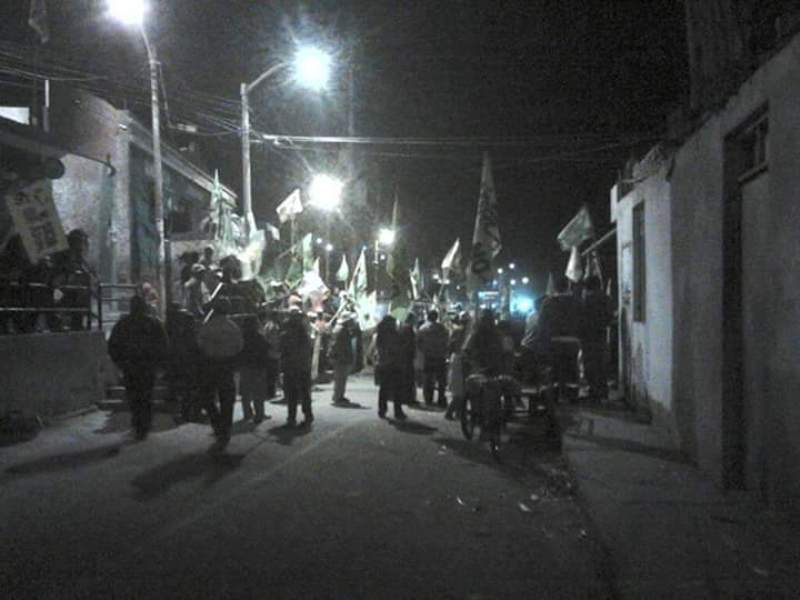 Two weeks after the end of martial law in Arequipa’s Islay province, residents held a protest last night against the Tia Maria copper mine project.

On Friday night, mining and energy minister Rosa Ortiz announced that dialogue between the government and Arequipa’s anti-mining opposition would begin this week. However leaders from the Tambo valley have denounced the talks and, last night, 500 residents held a demonstration in the Dean Valdivia district.

“It is very likely that I won’t participate [in the talks]. They pressure us and want us to sit down as if it were nothing,” Ramos said. He added that the government should suspend the Tia Maria project because two months of violent protests were fresh in people’s minds. “The government should sit down, listen to the needs of the population and re-launch projects like the Paltuture dam which were forgotten, and now are just talk.”

“All the people are angry at the statements from prime minister Cateriano that Tia Maria will proceed,” said opposition leader Jesus Cornejo. “They are proposing the same alternative, that the people are misinformed and that they should become informed.”

The protests will be rotated between the towns of the Tambo valley where Southern copper hopes to build the $1.4 billion mine. Today protests will be held in Cocachacra, and tomorrow in Punta de Bombon.

“We cannot prevent them from marching, but if they cause damage the public ministry will intervene and then the police will make arrests,” said Arequipa police chief Enrique Blanco.

“We have not lost hope that this project can be carried out in this government. I am not referring to the construction itself, but progress on the project,” Ortiz said on Canal N last night.

Today Peru’s finance ministry lifted the hold on the Islay province bank account, which had been suspended when the comptroller declared that anti-mining opposition mayors had misused public funds to support the protests.