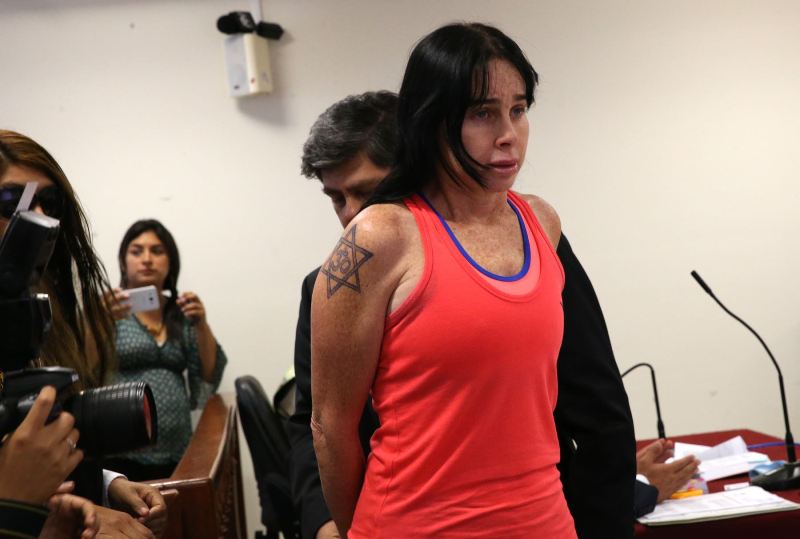 A Lima woman whose arrest for assaulting a police officer launched a national debate about race and class has been sentenced to six years in prison.

After police tried to write her a parking ticket outside the Lima airport, Silvana Buscaglia pushed and insulted the officer before slapping the helmet from his head. She then tried to drive off while police officers stood in front of the car. She was arrested and processed in a Callao police station.

Under a new law which allows for speedy trials for those caught while in the act of a crime, Buscaglia was sentenced to six years and eight months in prison and levied a $3,000 fine. With good behavior, she could be paroled in less than two years.

“Justice has been served,” said interior minister Jose Luis Perez. “We must defend the judgment of authority. We cannot allow police officers to be insulted, offended and assaulted in this country and nothing done about it.”

The video of Buscaglia abusing the officer attracted national attention in a country where a small white elite has controlled Peru since the arrival of Francisco Pizarro. Buscaglia, a white woman driving an SUV, insulted officer Elias Quispe and questioned his education as he wrote the ticket. The images aroused indignation at the arrogance of the upper-class in flouting the rules the rest of the country lives by.

However some in Peru have criticized the sentence as disproportional to the crime and a product of the media coverage the video garnered. Supporters of Buscaglia set up a Facebook page titled “Silvana Buscaglia Zapler = Innocent,” which alleges that the white minority is discriminated against in Peru.

“No to the media propaganda of the police system and abusive public ministry,” reads the page’s description.

Buscaglia has appealed her sentence.