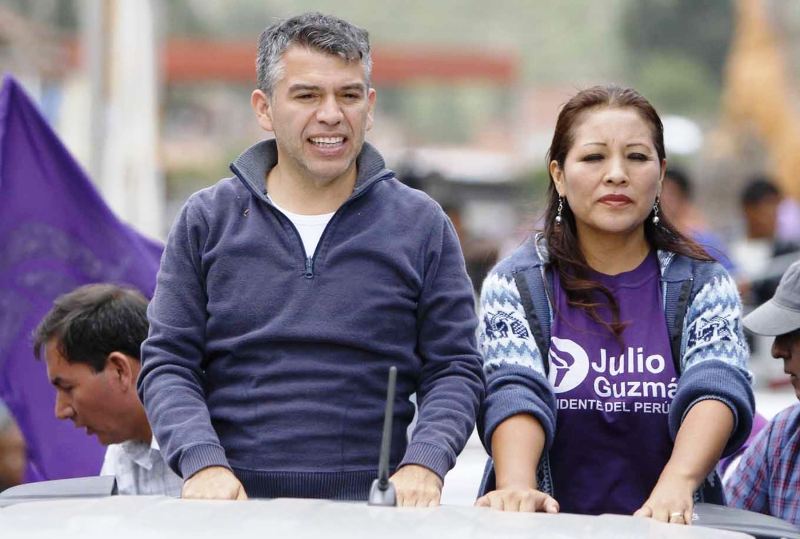 A special elections tribunal in Lima has approved the at-risk presidential candidacy of Julio Guzman for 2016 elections.

The JEE board accepted petitions from the Everybody for Peru party which illustrated that internal party procedures had selected Guzman as the presidential candidate in a fair manner. Barring further injunctions, Guzman will appear on the ballot in elections on April 10 with Juana Umasi and Carolina Lizarraga as his running mates.

“Just entering Anta, where my family was born [in Cusco], is where I received this great news, and that fills us with joy, and at the same time serenity because it tells us that the work ahead is intense,” Guzman told reporters.

Peru’s JNE electoral authority has admitted Guzman’s inscription, but it will only become formal after completing a two-day period in which observers or other political parties may file injunctions.

In January a JNE resolution ruled that the Everybody for Peru inscription was inadmissible due to technical irregularities and violations of internal party protocol. At the same time, support for Guzman in opinion surveys soared from an unknown with 4% of the vote to second place with as much as 20%.

The Georgetown economist has worked at the Inter-American Development Bank as well as the labor department under President Ollanta Humala.