Protest against gold mine leaves one dead in northern Peru 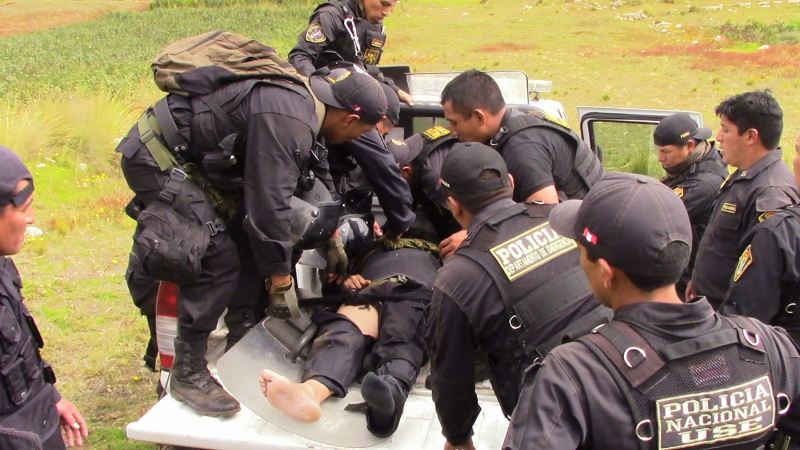 Clashes between protesters and police left one dead and 31 injured near the Parcoy gold mine in Peru’s northern state of La Libertad on Sunday.

Disagreements between residents of the Pataz province and the Consorcio Minero Horizonte mining company led to a general strike in which 200 villagers blocked the access road to the mining company’s gold mine in the Parcoy district. Violence broke out when 130 police tried to dislodge the protesters who were armed with guns and dynamite.

The clashes left one protester dead and 15 injured as well as 16 police officers injured. Four of the injured men, including two police officers, suffered from gunshot wounds.

According to initial reports, the protesters were angry about a ruptured pipeline which had leaked refuse into a local lake. But the company said in a statement that the pipeline was damaged by protesters who had invaded a company camp and assaulted workers to demand extractive rights for a nearby plot of land.

“The rioters manipulated the valves and caused the tailings spill. In addition, we fulfilled our commitment to deliver the fifth area for exploitation without taking charge of its implementation, as had been agreed,” the company said in a statement.

In an agreement reached in 2014, the company would cede five plots of land near the Parcoy gold mine for artisanal mining. But the local residents have protested the state of the concession.

“We have learned that the villagers initiated this struggle for the company’s failure [to deliver] the mining deposit they had offered to exploit what was left of the minerals,” a provincial official told La Republica.

As police have doubled their presence in the area before a general strike planned for Wednesday, the company has begun negotiations with local leaders.

The Parcoy district is located just west of the Rio Abiseo National Park and the state border of San Martin. The rural highlands of La Libertad are a hotbed of illegal mining and drug smuggling. The Pataz province is one of Peru’s major producers of marijuana.

The Parcoy mine produced 847,000 grams of gold in September and 5.3 million grams in the first three quarters of 2016, down 4% from the same period in 2015. The privately held Consorcio Minero Horizonte is Peru’s fifth largest gold producer and also owns the Aventura and Culebrillas gold mines.