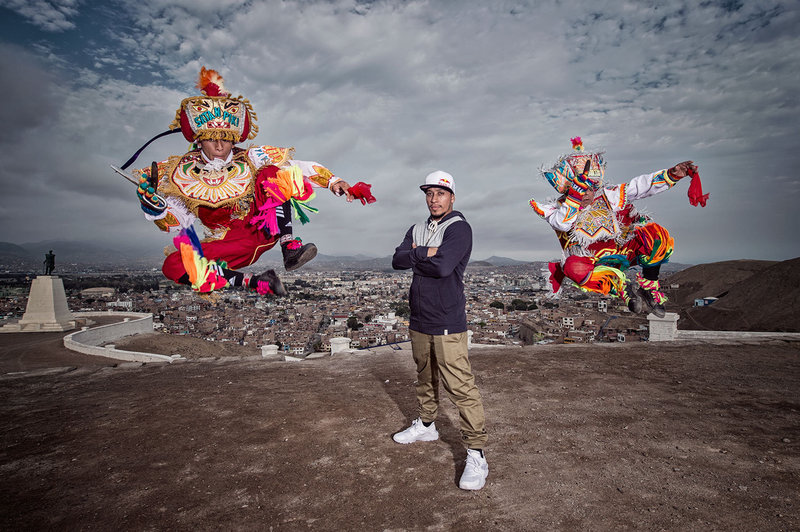 Traditional Peruvian scissors dancers made an impressive appearance at the Red Bull BC One breakdancing competition held in Callao on Friday night.

The Red Bull BC One is the world’s largest breakdancing competition. The Latin American regional final was held on Friday night at the Miguel Grau Coliseum in Callao.

While the scissors dancers did not compete for the regional championship, their surprise appearance electrified the crowd. The performers inspired a sense of national pride with their acrobatic moves in various “battles” with the breakdancers.

Peru’s scissors dance is native to the Quechua-speaking communities of the Andean highlands. Like breakdancing, the dances are competitive in which one performer competes against another.

Each dancer holds two metal rods which resemble scissors. The rods must be banged together in rhythm with the music between acrobatic moves. The dancers wear bright, multicolored outfits with gold embroidery.

The scissors dance was added to the UNESCO Intangible Cultural Heritage List in 2005.

Peruvian breakdancers Sinta Soul an Piedrita competed at the Red Bull BC One event on Friday night. However the Brazilian dancer Ratin won the event, earning himself one of 16 spots in the world championships to be held in Rome on Nov. 14.

“Today [the Red Bull BC One] remains a key event in hip-hop culture, helping to push the culture forward while respecting the original format of one-on-one battles,” reads the official website.

Watch the Peruvian scissor dancers take the stage at Friday night’s event below.