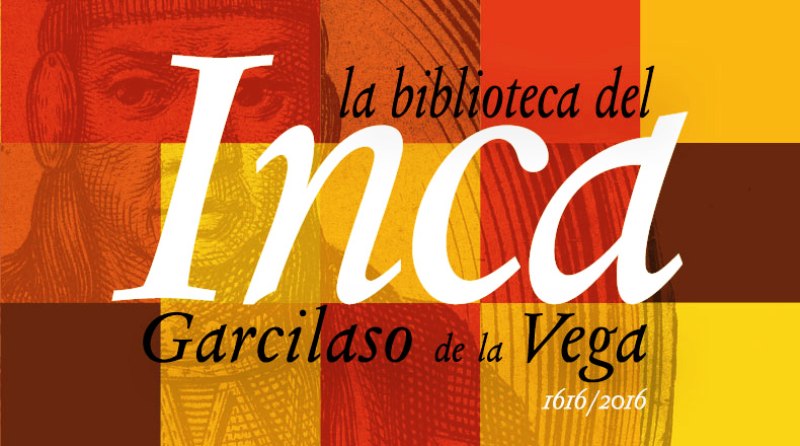 The National Library of Spain in Madrid unveiled the exhibit to honor 400 years since the 1616 death of the first Peru-born writer to achieve international prominence. The author of “Royal Commentaries of the Incas” was the first Spanish writer to advocate on the Indians’ behalf.

“An intellectual [of that period] had about 50 books,” exhibition curator Esperanza Lopez told El Pais. She added that his books underscore the intellectual scope of a writer who served as the first bridge between the Old World and the Americas during the Renaissance.

The exhibit also features artifacts such as ceremonial vessels and pre-Hispanic textiles donated by the Museum of the Americas, the National Library of Peru and the Lima archbishop.

The son of a Spanish conquistador and an Inca noblewoman was born in Cusco in 1539, less than 10 years after the beginning of the Spanish conquest of Peru led by Francisco Pizarro. “The Inca,” as he became known in literary circles, was closer to the indigenous family of his mother, who was the respective granddaughter and niece of Inca rulers Tupac Yupanqui and Huayna Capac.

At 21, de la Vega’s father died and the young mestizo moved to Spain in an attempt to claim an inheritance from the crown. He was unsuccessful and never returned to Peru. But he began publishing his writings which popularized Inca traditions throughout the Spanish-speaking world and captured the European imagination.

“The Inca was a man of books, a contemporary of Cervantes and Shakespeare, with whom he also shared the same year – and perhaps even the date – of his death,” writes Paul Firbas, Latin American literature professor at Stony Brook University, in El Comercio. “He was a mestizo writer who was proud of writing as an Indian and being a native of Cusco, ‘the other Rome in his empire’. His immense contribution to Andean culture is undeniable, as is his contribution to the ideas and prose of the Renaissance.”

Two of Peru’s presidential candidates may be disqualified