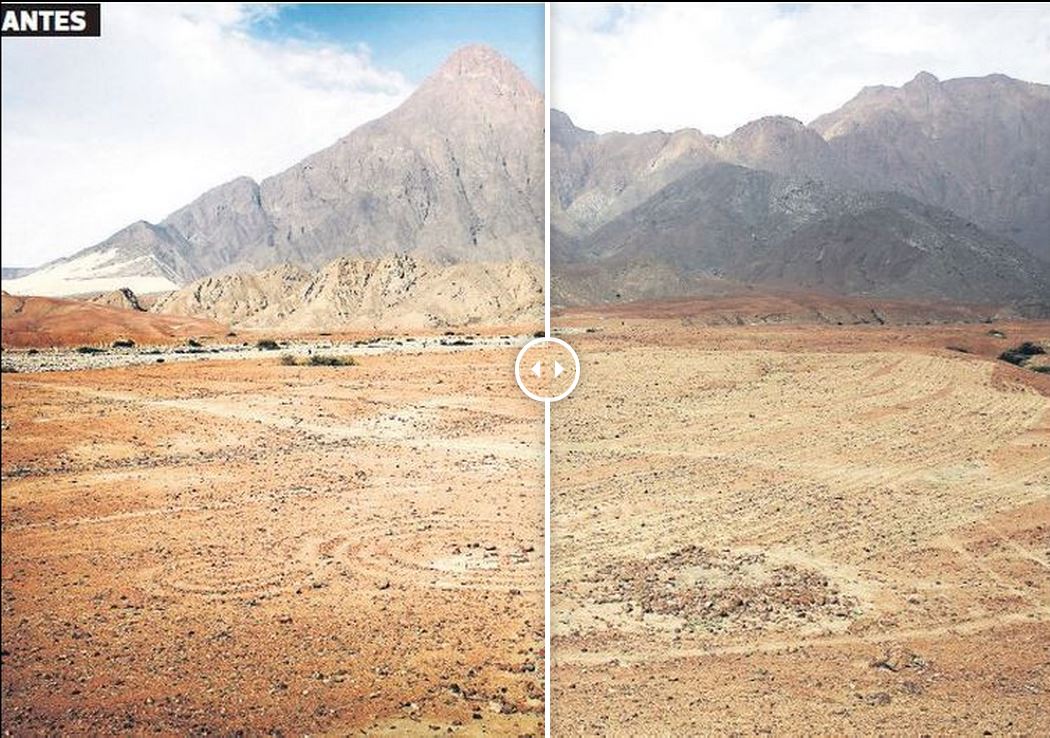 At some point in the last month, vandals destroyed a 600-year-old geoglyph in the Laredo district of Trujillo department.

Authorities have attributed the destruction of the 50-foot Triple Spiral, the Chimu culture’s most well-known geoglyph, to local farmers who want to facilitate irrigation. Experts say other works are at risk.

“All the geological land over where it was has now become a criminal’s farm. The archaelogical evidence didn’t matter, nor the beauty of the figure represented, nor the value it had as a manifestation of our ancestors’ spirituality,” said documentary photographer Jose Orillo, who took the shots revealing the destruction. He added that there are roads leading to other geoglyphs still intact.

Orillo and others have criticized Peru’s culture ministry for not doing enough to protect the Chimu images. “The worst part is that it’s an irreparable loss, but largely predicted.”