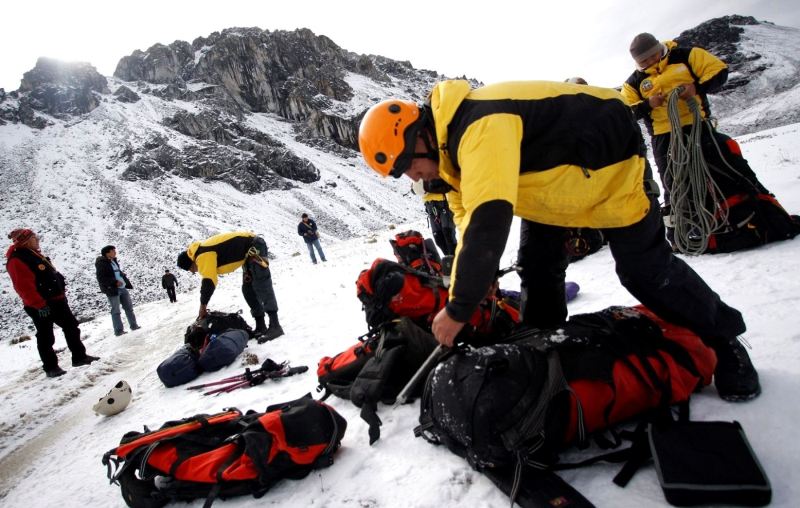 Only one of four Estonian nationals survived an attempt to climb a mountain in the Huascaran National Reserve in Ancash.

The team was attempting to summit the 20,000-foot Tocllaraju peak in the Cordillera Blanca range. An official with Ancash’s mountain rescue police unit said the team fell through a bridge of ice and were buried in snow after falling over 60 feet. Two German climbers who witnessed their disappearance notified authorities in Huaraz.

A team from Peru’s mountain guides association was able to rescue the only survivor, 33-year-old Estonian citizen Annemai Martson, who was transported to Huaraz this morning. The three climbers who perished were Tarmo Riga, Jane Riga and Allan Valge.

Estonian media reports the three climbers were highly experienced and recognized throughout the country. The mountain rescue official told Andina that this is the first accident in the Cordillera Blanca this year.

“Tocllaraju” is derived from the Quechua words “tuqlla” and “rahu,” which mean “ice trick.”