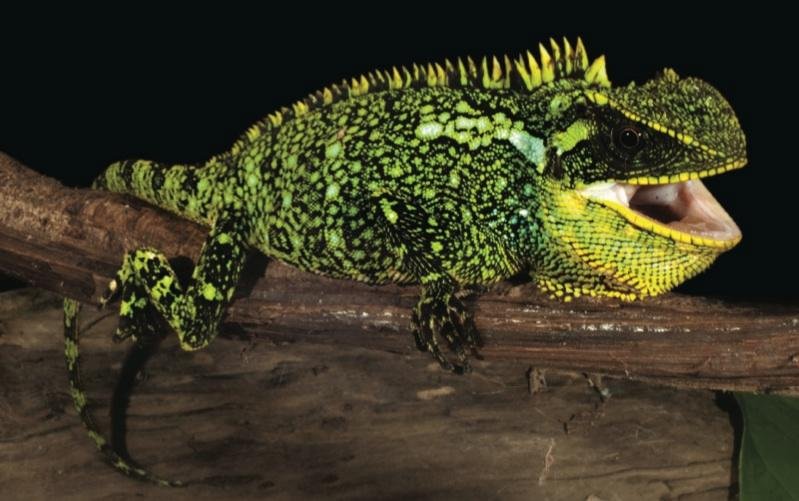 Three species of woodlizards have been discovered in the tropical Andes mountains in northern Peru and Ecuador.

A team of researchers representing Peru, Ecuador and the United States published a report in the ZooKeys scientific journal describing three new species of woodlizards. Given their resemblance to the fictional dragon, they have been dubbed “dwarf dragons.”

“With nearly 40% of the total number of species described in the last seven years from Ecuador and Peru, woodlizards represent one of the South American lizard groups with the highest species discovery rate in the last decade. This is a striking fact given that woodlizards are among the largest and most colorful lizards in South American tropical forests and is most likely the result of recent fieldwork in poorly explored areas of the central and northern Andes. Here we contribute to this growing body of taxonomic knowledge with the description of three new species of Enyalioides, one from the Pacific slopes of the Andes in northern Ecuador, and the other two from the Amazonian slopes of the Andes in southern Ecuador and northern Peru,” Omar Torres wrote in the report.

The Alto Tambo woodlizard, named for the village in northwestern Ecuador where it was found, look like a tiny iguana. The rough-scaled woodlizard, found in the Amazonian Andes of southern Ecuador and northern Peru, looks like a dragon with a body covered in stud-like scales. The Rothschild’s woodlizard has bright green spikes on a brown body which features a curious white neck.

“Woodlizards are fairly large and conspicuous, so it’s interesting that roughly half of the currently recognized species have been discovered in the last 10 years,” Kevin de Queiroz, Smithsonian Institute representative and collaborator in the study, told the Smithsonian magazine. “This illustrates how much we still have to learn about South American reptiles.”

The team was made up of Oscar Torres, curator of reptiles as the zoology museum at Ecuador’s Catholic University in Quito, Pablo Venegas of Peru’s center of ornithology and biodiversity (Corbidi) and Kevin de Queiroz of the Smithsonian Institute’s Museum of Natural History.

New Dwarf Dragons Have Been Found in the Andes (Smithsonian)