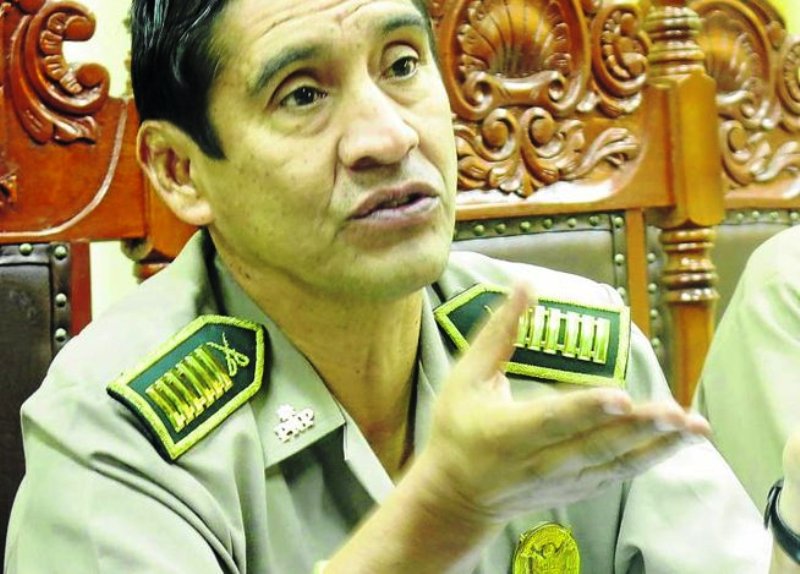 Police in Arequipa have requested an extension of the emergency status which implemented martial law after violent protests against the Tia Maria copper project rocked the region.

The police chief of Arequipa has requested that Peru’s interior ministry extend a 60-day state of emergency declared in Islay province on May 22. Manuel Echegaray asked for 60 more days, citing the possible return of the “Tambo valley Spartans,” the nickname for the gang of men who fought police with slings and wooden shields.

“Police intelligence has established through the hard work of the job that, at the end of the state of emergency on July 21, the violence that was seen in the Tambo valley could return,” Echegaray said. He added that a risky “political and social environment” exists.

The police official’s request comes one week after mining and energy minister Rosa Ortiz said in a television interview that the government would consider lifting martial law in the province early. Ortiz said the emergency would not be necessary once the population was calm.

Interior minister Jose Luis Perez said that the government was evaluating its options. “We have to err on the side of caution and take every precaution to guarantee the peace which is already being generated and the climate of dialogue which is taking place in the region.”

“The people have shown respect before this measure,” said protest leader Jesus Cornejo. “They are waiting for the state of emergency to be suspended so they can live their lives normally. We need to recover our rights. This measure is restricting our rights. Peace has been achieved.”

President Ollanta Humala’s declaration of emergency came after two months of violent anti-mining protests against the Southern Copper’s $1.4 billion copper project. The protests saw four killed altogether, including a police officer. Since martial law was implemented, prosecutors have jailed a key protest leader for extortion and removed another from public office. The national comptroller has frozen municipal bank accounts in Islay province because public resources were allegedly used to finance the protests.