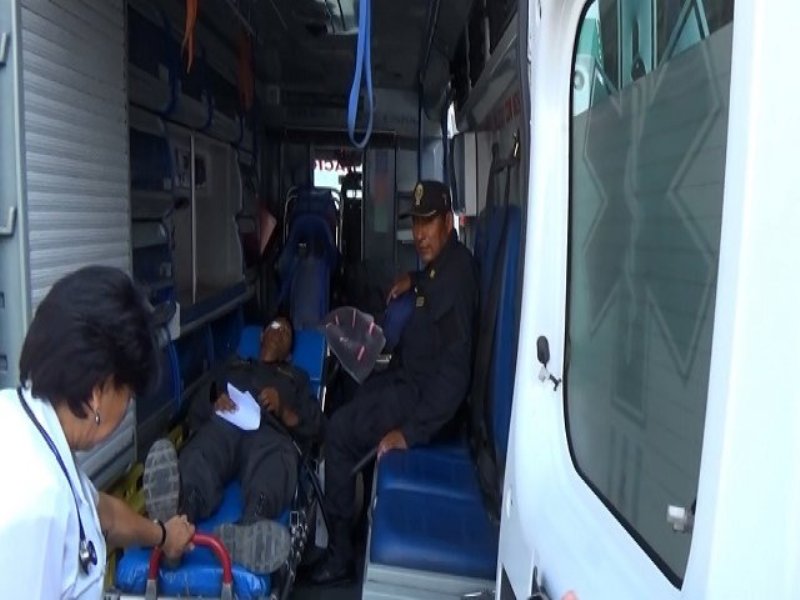 The mob descended on the La Curva police station with rocks and sticks, injuring three. The officers were sent to a hospital in Mollendo to treat traumatic brain injury and deep cuts.

A few hours later over 500 protesters marched to the Pampa Blanca bridge in Cocachacra, where they clashed with police. They launched rocks from sling shots and burned shrubs coated in aji pepper to create the effect of tear gas.

After the attack on the police station, a group of Tambo valley residents visited the regional government office in Arequipa to request intervention from Arequipa governor Yamila Osorio. An Islay provincial official told Andina that most of the population stay inside their homes in fear of the clashes between protesters and police. Schools in the Tambo valley have been closed for over three weeks. Residents who oppose the protests have reported intimidation and violence in their communities. Some have been granted refuge in the city of Arequipa by the regional government.

Demonstrations against Southern Copper’s Tia Maria copper mine have turned violent in recent weeks. A protester was killed by police on last week in Cocachacra, a farming community at the heart of the mining opposition. The government has vowed to investigate police brutality after various videos of excessive force were published.

An indefinite strike against the $1.4 billion copper mine in Islay province of Arequipa department began on March 23. Three died in protests against the Tia Maria copper mine in 2011. Southern Copper has postponed the start date for production until the end of 2017 or early 2018.

A subsidiary of Grupo Mexico, Southern Copper produced 680,000 tons of copper in 2013, of which 339,000 were mined from its Toquepala and Cuajone mines in southern Peru.