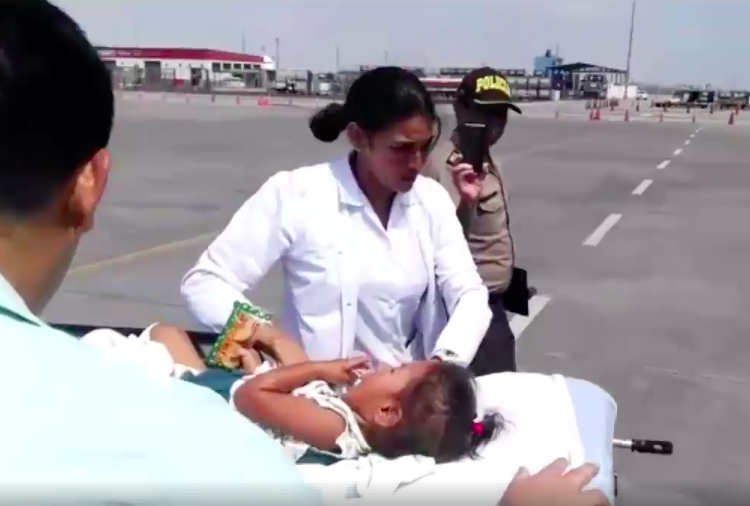 A two-year-old child who has been missing from the region of Mazamari since April 2 was found Wednesday morning in a house in the native community of Centro Selva Quirishari, in Ucayali.

El Comercio reported that Peruvian police sub-official Zinnia Palomino Campos was the first to discover the young girl and was visibly moved by the scene. She was in tears as she described how she found the child completely naked on a wooden ‘bed’ chewing on raw yuca.

“The situation she was in was inhumane,” she told press sources, reported in El Comercio. “Her whole body had burns from where boiling water had fallen on her. She couldn’t speak and only raised her little head as if she were asking for help.”

Peru21 reported that the toddler had burns on her face and body and was in an evident state of malnutrition.

After 36 days of intense searching, the police had been informed of her whereabouts Monday afternoon by a resident of the community who reported hearing intense crying coming from one of the buildings, presumably provoked by the burns.

The house belongs to married couple Roger Adrián Mariano Cruz y Luzmila Poniro Nicanor, who are currently being detained at the Mazamari police station and are refusing to provide the authorities with any information.

The child is being transferred to Lima to be with her family, and is in a delicate state of health.