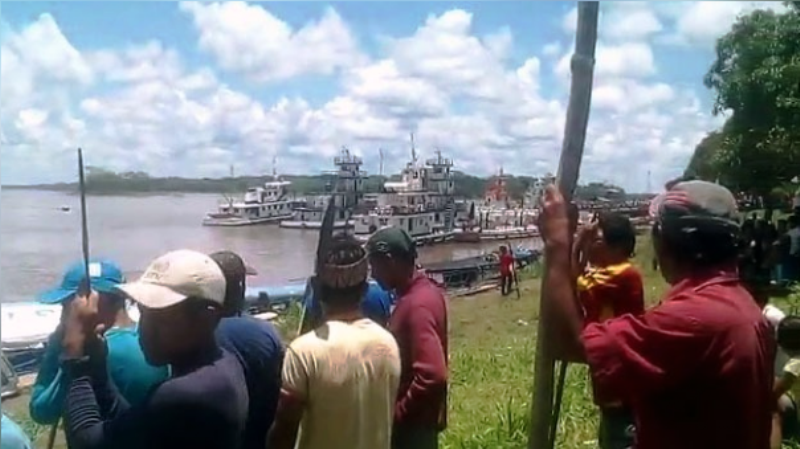 Indigenous protesters on Saturday released over 200 international tourists and other hostages who were detained on a remote stretch of the Marañon River in Loreto following recent oil spills.

Natives from the Saramurillo village in Urarinas, about 10 hours by boat from the state capital of Iquitos, had blocked the river with a barge for over a month after several oil spills in the region. Village leaders demanded the president and other high-ranking officials from state oil firm Petroperu visit the area to explain the spills.

Village leaders agreed last week to allow passage along the Marañon River in exchange for talks with unspecified officials. None of the passengers from the 24 trapped boats were harmed. One of the 24 trapped boats was transporting two tons of frozen fish and nearly 3,000 chickens to the state capital of Iquitos.

“We are aware that the health and education of indigenous peoples have fallen, so we come with immediate solutions for indigenous leaders. The state has to have a presence, but it is done through dialogue,” culture minister Alfredo Luna told reporters.

Community spokesman James Rodriguez told reporters that locals demand compensation for damages caused by oil spills and drastic changes in the pipeline run by state oil firm Petroperu. As part of the agreement with the government, Rodriguez and a dozen other leaders will meet with government officials in Lima.

The government of President Pedro Pablo Kuczynski obtained decree powers to reorganize Petroperu. The pipeline suffered at least five oil spills before latest near the Saramurillo village two weeks ago. The company stated the latest spill was caused by vandals, as were the previous three, since the company shut down the Northern Peruvian Pipeline after two major spills in February.

“We need to implement a comprehensive solution to end this series of strange occurrences and, at the same time, allow the pipeline return to operations with limited risk,” Petroperu announced in a press release.

The company outlined a plan which includes hiring a contractor to make the necessary improvements to the pipeline and developing a social model which uses local communities to become “Guardians of the Pipeline” against vandals.

Group kidnappings of mining or oil company employees, healthcare personnel, police and military and even international tourists are a common negotiating tactic used by communities to demand action from Peru’s government.