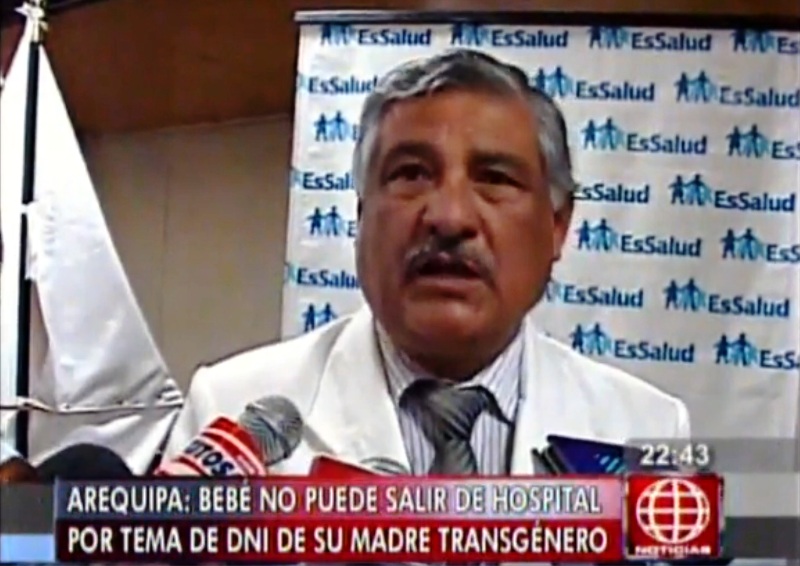 A transgender man has given birth to a baby in Arequipa for the first time in Peruvian history.

A man identified as “Alejandro” according to his identification arrived at the EsSalud hospital in Yanahuara surprised doctors by claiming he was in labor. He was ultimately admitted and doctors successfully delivered the baby via cesarean section.

Releasing the baby to the 43-year-old Alejandro and his 28-year-old boyfriend, the biological father of the baby, presented a legal dilemma to the hospital. Because Alejandro’s identification card identified him as a man, the hospital was not sure they could release the baby to two men.

We are an institution very respectful of the laws and the choice these men have made,” said a hospital spokesman. “He came with a DNI denoting his gender as male. We are confirming all the information with RENIEC.”

Peruvian citizens can change their name with Peru’s national registry service, but will only change someone’s gender by court order. Previously known as “Maria,” Alejandro obtained that court order and legally changed his gender

The hospital ultimately released his baby on Monday.