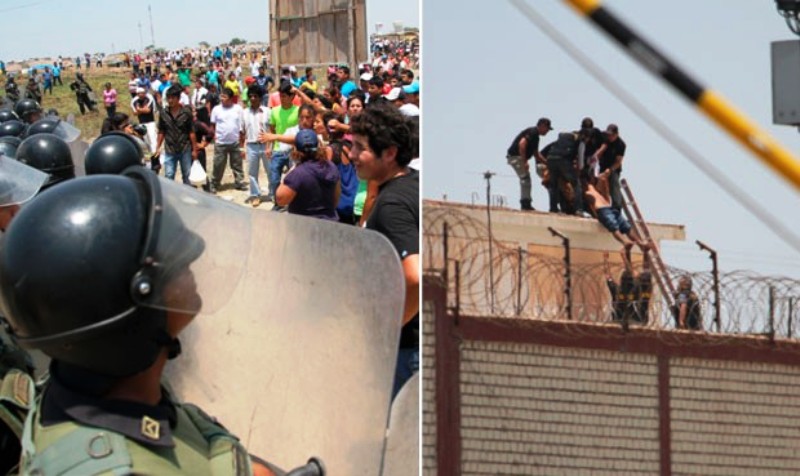 A prison riot in Peru’s northern city of Chiclayo on Saturday has left two dead and 44 injured.

Authorities say what began as a quarrel between two inmates escalated to a riot at the Picsi prison in which a fire caused serious damage to one of the cell blocks.

The riot took place as hundreds of visiting family members watched from outside as inmates burned mattresses from the roof of the prison. Prison guards fired rubber bullets at rioting inmates in a five-hour effort to regain control. Outside, prison guards used tear gas to repel family members who tried to storm the entrance.

“Since [Saturday] afternoon the prison is completely under control,” said Julio Magan, director of Peru’s penitentiary system INPE. Magan estimated damages from fire at the Picsi prison to be $37,000.

The two inmates who lost their lives died of asphyxiation. The bulk of the injured were hospitalized for carbon monoxide poisoning, with a few suffering third-degree burns and others from rubber bullets.

Of the 44 people injured in the riot, 12 were prison guards.