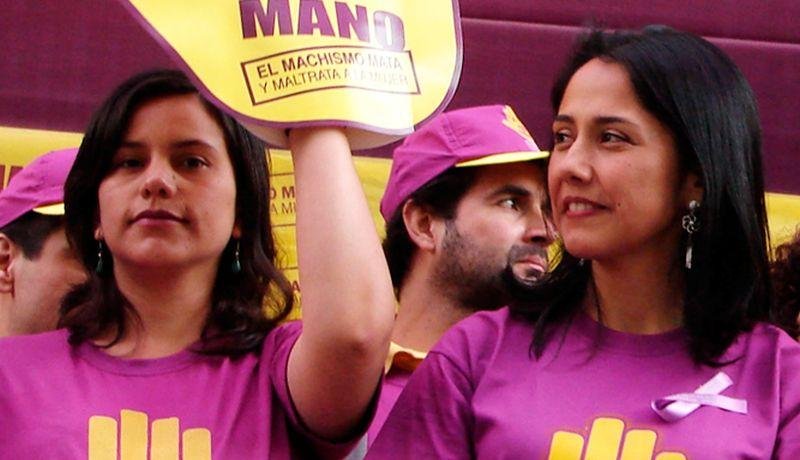 Last week the left-wing congresswoman from Cusco denied having made entries in first lady Nadine Heredia’s notebooks which are the subject of an investigation into money laundering at the Peruvian Nationalist Party, of which Mendoza was a member until 2012.

Today El Comercio published emails from 2007 provided by Luis Raygada, President Ollanta Humala’s former ambassador to Venezuela and party organizer for Peruvians living there, in which Mendoza requested donations be made to a BBVA Continental bank account which appears in the ledger entries attributed to her hand.

“Some in the international support committees have requested the party’s bank account in order to send their donation,” Mendoza wrote before listing the Nationalist Party account number.

The email signed by Mendoza and sent from a Nationalist Party account comes less than two weeks after the candidate’s fervent denials of having written in Heredia’s infamous notebooks. The emails underscore Mendoza’s role in raising money for the Nationalist Party and her links to party president Nadine Heredia.

While donations from Peruvians living abroad are not illegal, the emails sent to Venezuela residents further reinforce the perception of Mendoza’s sympathy for the socialist government as well as allegations that Humala and the Nationalist Party received illegal donations from Hugo Chavez’s regime.

“It could be an email that I had written, or somebody else who worked on the support committees,” Mendoza told El Comercio from a campaign rally in Abancay, adding that the first lady’s brother, party treasurer Ilan Heredia, managed the bank accounts.

Another email sent by an assistant and signed by Mendoza asks a party coordinator in New York to confirm to Peru’s ONPE electoral authority an amount several times higher than what he donated.

“The oligarchy continues to move its tentacles and it is a duty to defend the party by any means,” reads the email in reference to a 2007 La Republica report of campaign finance fraud in the Nationalist Party. “We need you to send us a letter … in which you declare the donation you made to the party as it appears in the ONPE and the La Republica article, as well as how you sent it, remittance through a third party.”

The recipient of that email, Abel Aguirre, denied having donated over $117,000 as reported to the ONPE in a La Republica report last October. The former party member told La Republica he donated $10,000.

“Veronika Mendoza has made it clear that we have nothing to do with Nadine Heredia, her bank accounts or any kind of fraud,” Broad Front party official Pedro Francke said on Panamericana. “Nadine Heredia has a very vindictive attitude toward those who have disagreed. We dumped [the Nationalist Party] because they betrayed the country. We have said Ollanta Humala and his wife betrayed the country.”

Veronika Mendoza is seen as one of the least corrupt candidates could suffer considerable fallout for being linked to corruption in the ruling party. After surging to fourth place in opinion polls for 2016 elections after the disqualifications of Julio Guzman and Cesar Acuña. The hard-left candidate is battling for third place with center-left candidate Alfredo Barnechea to replace former Cabinet chief and World Bank economist Pedro Pablo Kuczynski as the top contender to frontrunner Keiko Fujimori in a runoff.