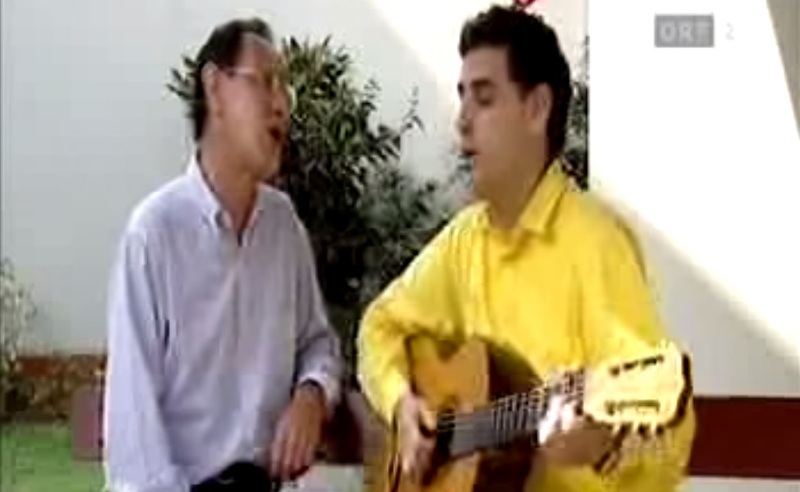 Florez had recorded “Doce nuevos valses de Chabuca Granda” in 1966 before having met the Peruvian songstress. He found fame after in his sixties when Chabuca Granda heard him sing and anointed him as her preferred cover singer. His singing impressed her so much she brought Florez to perform with her on television.

In 2006 Florez released the “Florez para Chabuca” compilation which featured his son, Juan Diego Florez. Juan Diego Florez is one of the world’s leading opera singers and winner of The Order of the Sun of Peru, Peru’s highest award.

According to Juan Diego Florez, his father was “the best interpretation of Chabuca Granda’s music because he narrates the lyrics of her songs like none other.”

Watch Ruben and Juan Diego Florez perform together below.