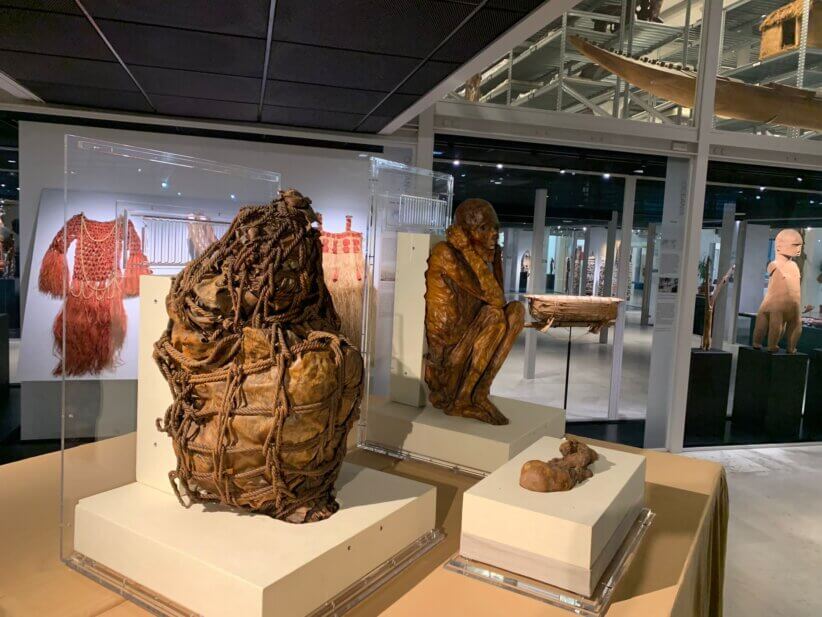 The Vatican returned three pre-Columbian mummies to Peru that were donated for the 1925 Universal Vatican Exposition and have since been kept in the Vatican’s Ethnological Museum Anima Mundi.

The repatriation of the human remains was made official on October 17 through an agreement between the President of the Vatican Government, Fernando Vergéz, and Peru’s Minister of Foreign Affairs César Landa.

“Thanks to the good disposition of the Vatican and Pope Francis, the return has been carried out, as it should be. I came to sign the agreement. In the coming weeks, the mummies will arrive in Lima,” said the minister during a press conference.

Mr. Landa explained that Peru and the Pope “share the feeling that these mummies are human beings and not objects.”

“Human remains that should be buried with dignity in the place where they come from, in Peru,” he said.

According to a technical report carried out in 2017 by specialists from Peru’s National Museum of Archaeology, Anthropology and History, after reviewing images sent from the Vatican museum, the mummies were identified as two adults and one child, of undetermined sex and age.

Regarding their origin, what is known so far is that the mummies were found at an altitude of 3,000 meters in the Peruvian Andes, along the course of the Ucayali River, one of the country’s main waterways.

The bodies were brought by Franciscan missionaries to Vatican City in 1925 for the Universal Vatican Exposition. However, according to the Vatican, the mummies were not exposed, but preserved until delivery back to Peru.

The Peruvian Government announced that the repatriation of the mummies will take place at the end of October and then they will be protected in Peru’s National Museum of Anthropology, Archeology and History in order to continue studying them.

After giving them an adequate conservation, states the Government, they will be transferred to a museum in the town where they come from.

The Peruvian foreign minister reported that Peru has been recovering archaeological material from the United States, Chile and other countries, and predicts that it will continue to do so.