What happened in the World Cup opening ceremony 2018 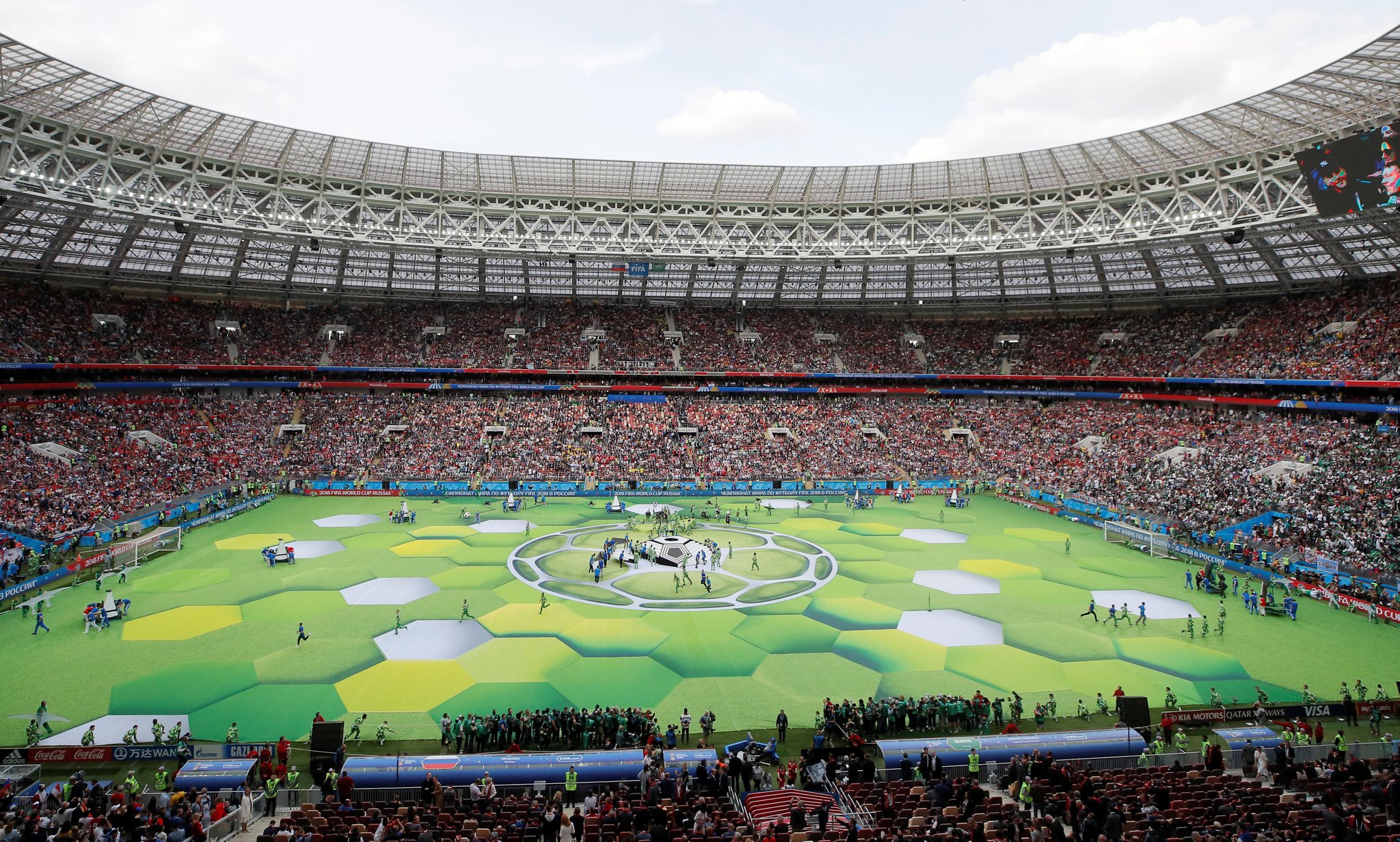 The World Cup 2018 got off to a spectacular start this morning as the inaugural ceremony warmed up the 80,000-strong crowd before the match between host Russia and Saudi Arabia.

Starting at 9.30 a.m. Peru time, the first people on the pitch at the Luzhniki Olympic Stadium were Iker Casillas, the official keeper of the Cup, and Russian model Natalia Vodiónova, who displayed the golden award to the crowd.

The Saudi Arabian and Russian players then came onto the pitch to warm up to loud applause from the crowd, and when they left the stadium, the show began.

Brazilian ex-footballer Ronaldo and British pop star Robbie Williams kick-started the spectacle with Williams singing his world-famous number ‘Let me entertain you.’ Soprano Aida Garifullina, widely regarded as one of Russia’s best singers, joined the pop star on a massive ‘fire bird’ to sing with him, performing a duet of more hits such as ‘Angel’ as the flag-bearing performance artists from the 32 different countries paraded around the pitch.

Before the ceremony, Williams described singing at the ceremony as fulfilling a childhood dream, and Garifullina was also honoured to be present, reported El Pais.

“I never imagined that I would be part of this great celebration that is taking place in my own country,” she said.

Subsequently, Ronaldo brought the official ball onto the pitch to symbolise the hand-over, as the last World Cup took place in his native country of Brazil. The ball to be used in this inaugural match was sent into space in March, and was returned to earth earlier in June. The Brazilian football star went as if to take the official kick, but appeared to change his mind at the last minute, allowing a child to pass the ball to the tournament’s official mascot, a brown and white wolf called Zabivaka.

As the pitch was cleared for the beginning of play, Williams closed the ceremony with “Rock DJ.”

Russia and Saudia Arabia are the first two teams to play in Group A.