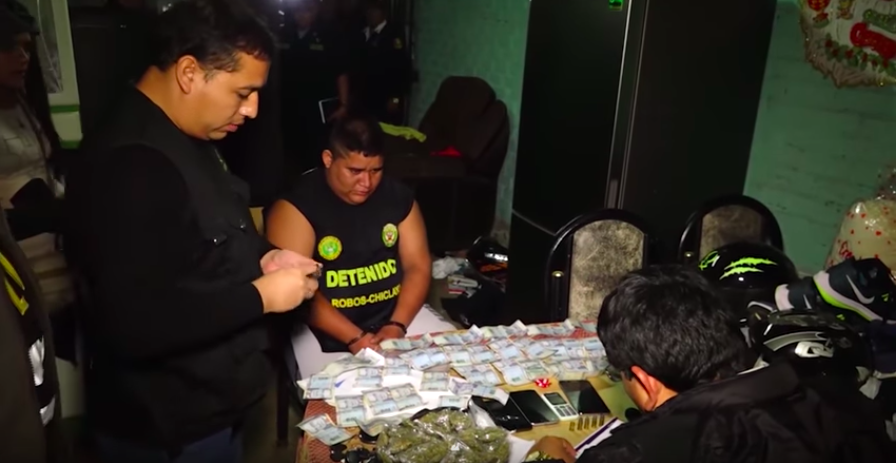 A sophisticated gang in Lambayegue would stalk bank clients and wait for them to take out money before following them and immediately robbing them, police say.

On early Friday morning, Peruvian police made 24 arrests in connection to the gang called “Los marcas de Chocano” that investigators say have robbed more than 1 million soles ($305,000 USD) from bank customers in this fashion since 2017.

According to investigators at the Interior Ministry, heads of the opeartion would stake out certain banks or malls were they would plot out their next steps, while other gang members waited in a nearby park to map out escape details once the money was stolen. Once a plan was in place, members known as “markers” would wait outside the bank while several assailants went inside to look for specific victims. They would then wait for the bank clients to leave after withdrawing cash and have team members rob them with a gun, according to police.

Last September, investigators said that the criminal organization stole 240,000 soles from a victim in an armed robbery in the town of Nuevo San Lorenzo. Similar robberies took place in other small towns throughout the region immediately after people had done cash transactions at banks.

“Los marcas de Chocano” operated out of Lambayegue, principally in the local districts of Chongoyape, Pimentel and Chiclayo. Investigators said it took six months to gather evidence against the accused parties and the process involved 380 police officers and 42 prosecutors who specialize in organized crime.

Nearly 40 houses were raided in the arrests of the two dozen accused early Friday morning.

Video of the arrests and raids was published by the Interior Ministry: