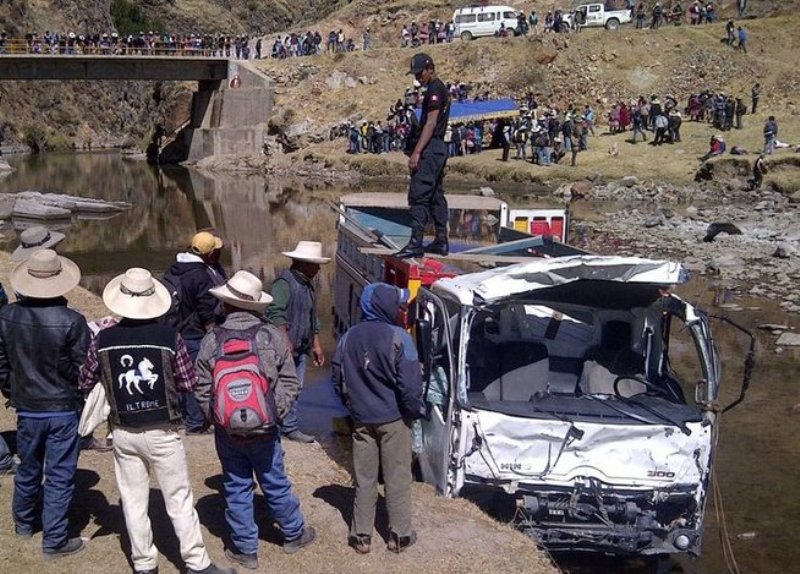 A truck fell from a bridge into a lake in Cusco yesterday, killing 11 and injuring at least 40.

The truck was transferring over 50 people from the Huayllabamba and Jaico villages to Peruvian independence celebrations in the Chumbivilcas provincial capital of Livitaca. Just a few miles outside of town, the bus fell from a bridge into the Livitaca river.

Some sources say the driver had been drinking all night, while others said the excessive number of passengers gave the driver little control over the truck.

Huayllabamba village leader Daniel Callase was among those who died, and 16 children were left orphaned by the accident.

“This is a terrible tragedy on Independence Day. This town has always been very patriotic,” said Chumbivilcas province official Milton Barrionuevo. “That’s why we always organized [this trip] to pay tribute to the 28th of July. Now all of Chumbivilcas is in mourning.”