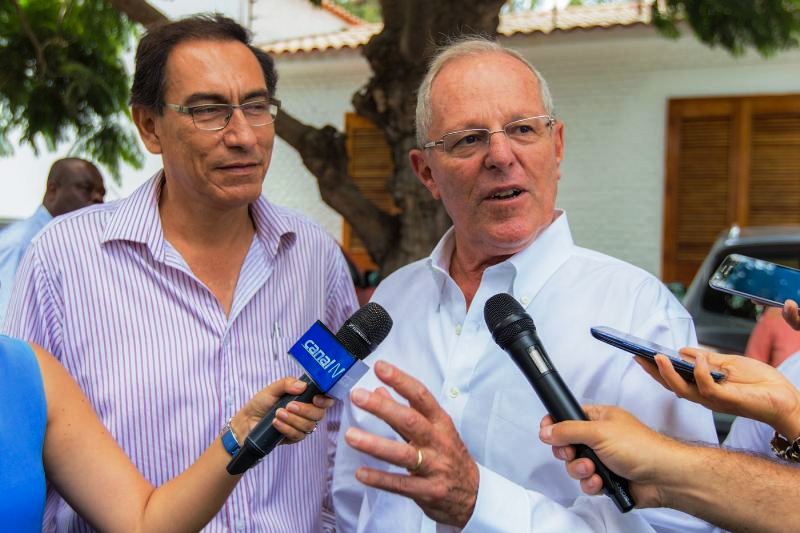 Presidential candidate Pedro Pablo Kuczynski has changed campaign managers and overhauled his strategy to respond to the surge of Julio Guzman in recent polls.

The political veteran of orthodox economics was surpassed in opinion polls by 45-year-old economist Julio Guzman this month. Given the younger candidate also has experience in the international finance community, he has siphoned support from Kuczynski. Guzman has positioned himself as the favorite candidate among Peru’s youth, a crucial segment in a country where voting is mandatory and which Kuczynski carried in 2011.

Kuczynski’s support peaked in November with around 17% and fell to as low as 8% in some polls. Last week Kuczynski named his vice presidential candidate, former Moquegua governor Martin Vizcarra, as the new campaign manager. Vizcarra replaces Gilbert Violeta, who resigned in order to focus on his candidacy for Congress. The campaign’s Lima manager and communications director also resigned.

Vizcarra wants to simplify the campaign’s message, which he says was too “technical.” Vizcarra has called on the 130 Peruvians for Change congressional candidates to canvas voters and appear in media to communicate Kuczynski’s proposals in simple language.

“Before there was no defined spokesperson, so there was the question of whether or not somebody could go out and talk. But now with this clear support to the 130 [candidates], we will reinforce the message of our party,” Vizcarra told El Comercio.

Vizcarra has also suggested a more combative campaign in which Kuczynski attacks other candidates. The 78-year-old economist who has served in the Cabinets of two administrations said last week that frontrunner Keiko Fujimori lacked the experience to be president and that Julio Guzman was “Nadine Heredia’s baby T-Rex,” linking him to the unpopular government of President Ollanta Humala which he briefly worked in.

However some party insiders including former campaign manager Gilbert Violeta believe that going on the attack is dangerous. They believe there is little to gain and everything to lose since between Guzman and Cesar Acuña, Kuczynski’s closest competitors for the runoff,  the former is an untested neophyte in Peruvian politics while the latter is not deemed presidential. Violeta says that attacks on Fujimori should be saved for the second round.

In trying to regain a connection with the youth as well as sound less technocratic, Vizcarra has dumped the parades in which Kuczynski waved from a a caravan of party vehicles traveling through various neighborhoods, mostly poor. Vizcarra’s plan puts Kuczynski in front of voters to hear concerns and explain his platform face to face.

Some of Kuczynski’s proposals include an overhaul to the tax code, simplifying the incorporation procedures to decrease informality and reducing the national sales tax.

“Many candidates have surfaced, and that dilutes the vote I am getting right now. That part is expected. All this talk about the congressional candidates,” Kuczynski told Gestion, referring to four PPK candidates who turned out to have criminal records. “All this noise certainly does not favor us. The strategists have not been around and that has not helped us either.”

“We are in another stage of the election where we have to come back up. We have 85% recognition throughout the country. The dual citizenship [issue] died several months ago,” Kuczynski added. “The age issue? What I have is experience.”

The 2016 general elections are scheduled for April 10.