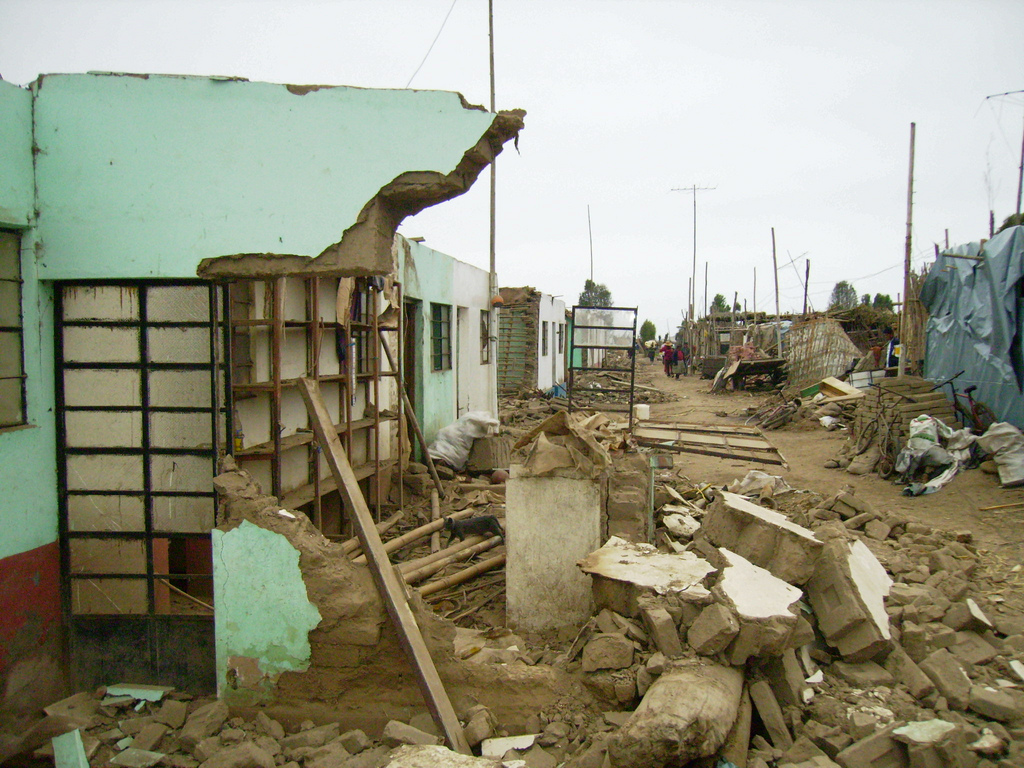 On August 15, 2007, at 6:40 in the evening, an 8.0 magnitude earthquake struck off the central coast of Peru leaving 597 people dead, and injuring over two thousand more. 10 years on, is the country better prepared for a possible repeat disaster?

The 2007 earthquake left some 100,000 people homeless as cities in the Ica and Lima regions were reduced to rubble. According to Perú21, 8,000 families in Los Molinos (Pisco), Pueblo Nuevo (Chincha) and La Tierra Prometida (Ica), are still to this day feeling the effects of the tragedy as they remain living in uninhabitable conditions. For some of these coastal districts it is as if the earthquake occurred only months ago, as hundreds of families continue to refurbish homes, with many living on mats in temporary houses. This is despite the fact that many nations, including the United States and Spain, provided economic and humanitarian support to the region.

The scale and magnitude of the 2007 earthquake should have therefore pushed the government to focus their attention on implementing projects across the country to help better prepare for repeats of these tragedies – but has it?

In 2012, Peru’s National Civil Defense Institute warned that due to densely clustered and unstable housing, Lima was sorely unprepared for possible earthquakes. They told National Post that a magnitude 8.0 quake would break the country economically, forecasting up to 50,000 dead. In neighbouring Chile, engineers and builders must adhere to rigorous building codes to resist seismic events. This, however, is not the case in Peru.

This year, the government faced criticism after 12 residential and commercial buildings in Miraflores, a coastal city in the Lima province, were declared high-risk buildings, and yet nothing has been done to rectify the problems. According to the Authorization and Control of the Municipality of Miraflores, the buildings violate many safety regulations, including an absence of fire extinguishers and emergency exit signs.

However, the devastating 7.1 magnitude earthquake that hit central Mexico on September 19 this year, seems to have jolted Peru into action.

The Minister of Defense Jorge Nieto called a meeting on September 20 to address the precautions the country will take with regard to seismic activity. Government officials discussed action plans and advanced technologies that they have been developing to be put in place to prevent a tragedy, such as the one in Mexico, from happening again.

One such plan includes the Emergency Early Warning System, a program designed to alert Peru citizens about incoming natural disasters, which has been developed by the Ministry of Transport and Communication. The system will begin with phase 1; Which uses 2G, 3G, or 4G to send alert messages to people in the emergency zones, giving them ample time to evacuate. Phase 2 extends to radio, television, and social media platforms. Finally, Phase 3, expected by to be implemented by the end of 2018, will include “interconnection with sensors to automatically broadcast alert messages on cell phones, radio, TV and social networks through sensors located in meteorological stations to measure atmospheric variables,” according to the MTC.

The government has also been working closely with the Ministry of Education to enforce regular earthquake evacuation drills for the 8 and a half million students across the country. The practice drills will help rehearse students, and teacher on the best evacuation routes and to identify points where students will be able to find their families.

As a country highly susceptible to earthquakes, and other natural disasters, including severe flooding and landslides as a result of El Nińo, there is even more pressure on government officials to establish adequate prevention and response strategies.

Choquequirao to get more visitors with new road and cable car