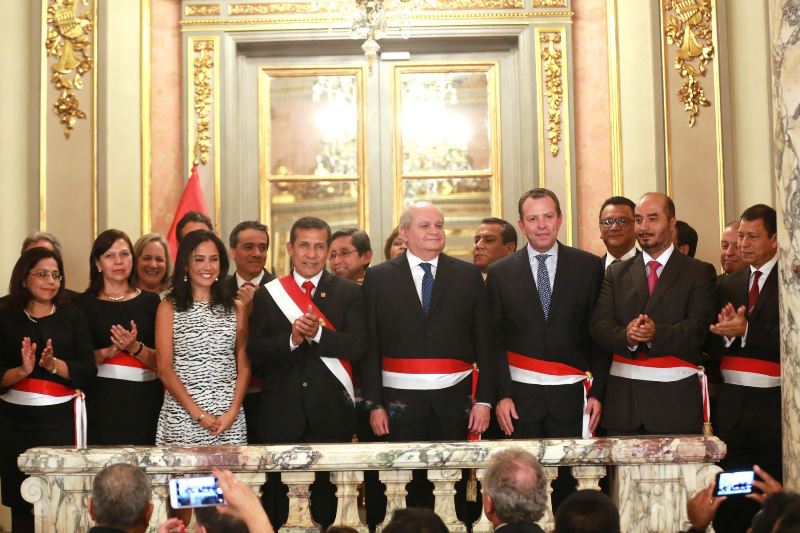 President Ollanta Humala has named former defense minister Pedro Cateriano as the prime minister of a new cabinet in the wake of congress dismissing the previous government.

Peru’s congress will vote to approve the cabinet in the next 30 days. A simple majority will approve or reject the President’s nominations. If a vote of no confidence is reached, the President will have the option to dissolve congress and call fresh elections.

Humala’s appointment of Cateriano is seen as a defiance of the opposition majority in congress, some of whom had called for a prime minister from outside the previous cabinet. By naming an insider, Humala is poised for a standoff against two 2016 presidential candidates and their parties: Peru’s Apra party led by Alan Garcia and fujimorismo led by Keiko Fujimori.

“Quiet and attentive is the Apra position before the new cabinet. The country’s situation and the people’s needs demand it,” tweeted Garcia after the nominations were announced.

All but three of Humala’s appointed cabinet remain in their positions. Respected finance minister Alonso Segura was re-appointed, as were mining and energy minister Rosa Ortiz and housing minister Milton von Hesse.

The three new ministers include Ana Maria Sanchez for foreign relations, Gustavo Adrianzen for justice and Jakke Valakivi to replace Cateriano as defense minister. The only ministers to leave besides censured prime minister Ana Jara were Gonzalo Gutierrez and Fredy Otarola. Gutierrez is presumed to have resigned after Cateriano was nominated cabinet chief, whom he disagreed with over how to proceed with Chile in the recent naval spying crisis. Otarola drew congressional criticism for an influence-peddling scandal in Ancash department.