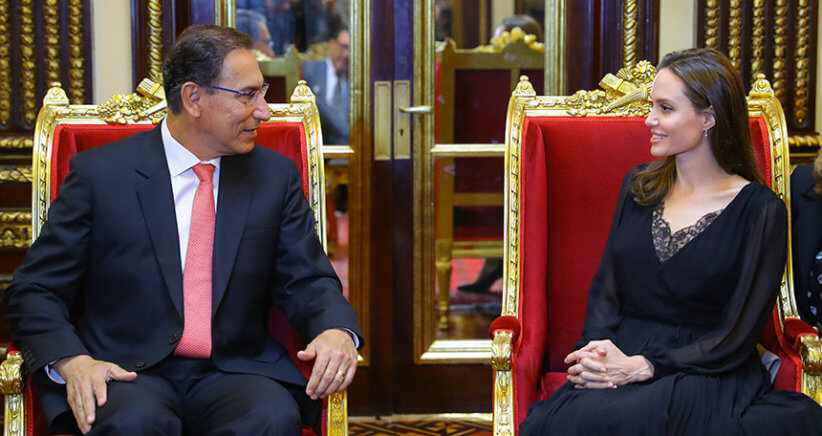 Jolie came to the country as a representative of the United Nations High Commissioner for Refugees. The two were joined by High Commissioner Filippo Grandi and Peru’s Foreign Relations Minister Néstor Popolizio.

According to the Associated Press, Jolie called the Venezuelan migrant crisis and “shocking” situation that was “predictable and preventable.”

The dignitaries further addressed how the UN would offer assistance to Peru in order to help support the large arrival of Venezuelan migrants. There are believed to be around 400,000 Venezuelans that have migrated to Peru since their country went into an economic crisis years ago.

Peru recently rolled out stricter entry requirements for people from Venezuela, following in line with much of the region in requiring that citizens from the country show their passports instead of their state-issued ID cards.

Jolie mentioned Tuesday in her conversation with Vizcarra that the number of refugees around the world now totals 68.5 million people.

She said she appreciated the work of the Peruvian government and people for the generosity they have given Venezuelans.

Unfortunately, as Peru Reports has noted, Venezuelan immigrants often face harsh xenophobia and stereotypes against them in Peru. Women, in particular, confront street harassment and negative stereotypes related to prostitution as they have tried to find jobs and improved opportunities in the country.

Peru building wins prize for best architecture in the Americas