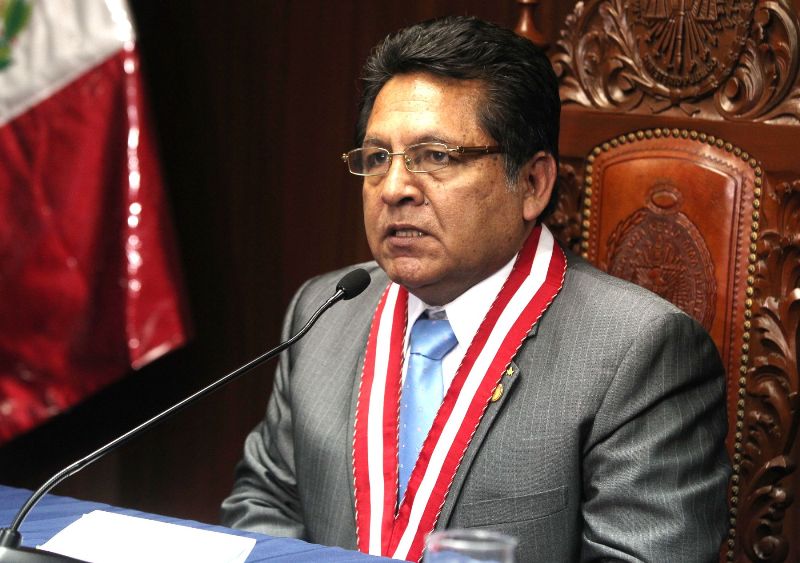 The commission voted five to one to dismiss Ramos for each of three cases of professional misconduct. While Ramos has five days to lodge an appeal, the dismissal effectively ends his 34-year career in the public ministry.

All three of the cases dealt with Ramos’s alleged ties to the political machine of former Ancash governor Cesar Alvarez, who is currently jailed and awaiting trial for embezzlement and corruption charges. In one case, Ramos dismissed a prosecutor investigating Alvarez. In another, he punished four prosecutors who searched the La Centralita home in Chimbote and seized a truck from the Ancash regional government, which they suspected to be used for transferring cash. In the third case, Ramos is accused of hampering investigations into prosecutor Dante Farro, who had received 20 complaints of misconduct for allegedly concealing the actions of Alvarez’s syndicate.

All of Ramos’s alleged misconduct occurred before Ramos was appointed attorney general last May. Ramos, who is a cousin of first lady Nadine Heredia, maintains that his dismissal is part of a conspiracy. He has said that he will appeal to Peru’s constitutional court as well as the Inter-American Court on Human Rights.

In addition to banning him from working for the Peruvian government, the committee recommended that criminal proceedings begin for Ramos, who is also being investigated in 16 unique criminal cases. One prosecutor claims that Ramos received between $10,000 and $30,000 for supporting Rodolfo Orellana’s network of corrupt judges. Like Alvarez, Orellana is also jailed under preventative detention and awaiting trial.

If prosecutors successfully charge Ramos for conspiring with both Cesar Alvarez and Rodolfo Orellana, the attorney general would be linked to Peru’s two largest corruption organizations in the last few years.

“[The country’s first dismissal of an attorney general] is a shame … I think it’s going to affect [the public ministry] even more and it will be more difficult to repair the image,” Sanchez said.

Members of congress across party lines applauded the dismissal of Ramos. “Carlos Ramos had so many irregularities in regards to Cesar Alvarez and the Orellana network. Nobody was surprised that he was dismissed by the judicial oversight committee. This was the right move. We are fighting corruption on various fronts because there is a lot of organized crime. It’s difficult but we have to keep going because the people don’t trust the justice system,” fujimorista congressman Yonhy Lescano told El Comercio.

“[Ramos] played a fundamental role for Cesar Alvarez … His actions in internal control was to harass prosecutors who were investigating serious crimes,” said APRA congressman Mauricio Mulder. “The bright side is that the institutions stay and the people go. In this case the public ministry prevails … It’s a shame, but at the same time it’s a relief that democracy works when there are situations like this and not like in previous circumstances. For example in the age of the dictator, when the nation’s attorney general committed all kinds of outrages and nothing happened. Not now. While it may be slow, now democracy works.”

Mulder was referring to Blanca Nelida Colan, attorney general under former President Alberto Fujimori. Colan resigned just after Fujimori in 2000 after widespread corruption implicated the President and intelligence chief Vladimiro Montesinos. Colan was served over six years in prison for obstruction of justice and illicit enrichment.

Ramos’s dismissal is the latest development in the prolonged fallout from Cesar Alvarez’s organization in Ancash. Martin Belaunde, Alvarez’s advisor and former campaign manager for President Ollanta Humala, will be extradited from Bolivia in the next 90 days.