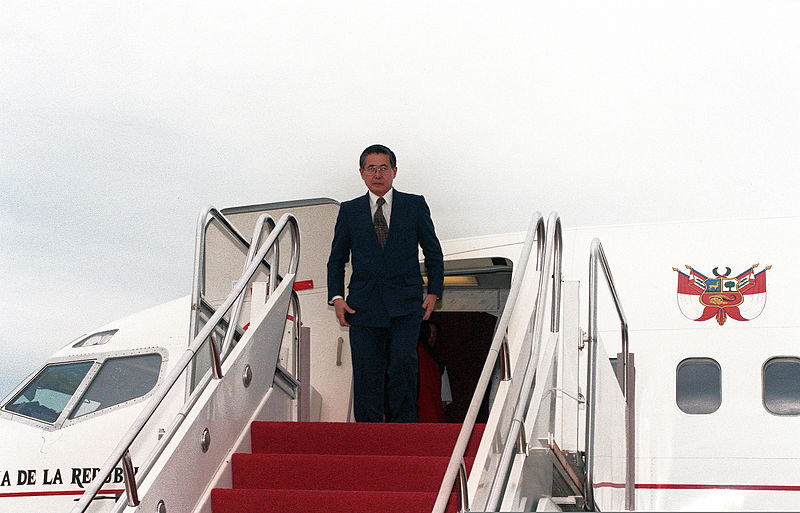 Just two months after being released from prison on a pardon, former Peru President Alberto Fujimori will be going back to trial, according to a Monday decision. A Peruvian court ruled that the 79-year-old Fujimori will have to stand trial in connection with the 1992 death-squad killings of six farmers in the central Peruvian town of Pativilca.

In December, Fujimori was granted a medical pardon from a 25-year-prison sentence for his role in various human rights abuses, leading to widespread protests throughout the country. Those abuses involved authorizing other death-squad killings as part of the conflict between Fujimori’s administration and left-wing rebels that saw nearly 70,000 people die.

Fujimori is now accused of green-lighting the kidnapping, torture, and killings of the six farmers in January of 1992. Prosecutors have requested a jail sentence of 25 years as well as reparations for victims’ families, according to CNN. The court ruled that his previous pardon will not be able to apply to this new set of charges.

“Mr. Fujimori is not scared or does not oppose being summoned in this process as a defendant,” his attorney Miguel Pérez said to CNN.

Spokespeople from international organizations that condemned Fujimori’s pardon in December are now praising the Peruvian court’s latest ruling. Erika Guevara Rosas, the director at the Americas at Amnesty International, said this is a step forward for the families of those that died in the massacres.

“Today the victims, families and Peruvian society have achieved an important step towards justice and preserving the memory of the victims of these crimes,” she said in a statement released online. “We will continue to support the demands for justice until the truth about the crimes that occurred in Pativilca is established and the rights of the victims and their families are guaranteed.”

Fujimori suffers from low blood pressure and an irregular heartbeat, which President Pedro Pablo Kuczynski’s cited in his decision to give a “humanitarian pardon” to Fujimori months ago.

Keiko Fujimori, Alberto’s daughter and founder of the Popular Force political party, wrote on her Twitter account Monday that she is confident her father will be found not guilty.

“This judicial declaration should not be an excuse to jail an aging man of deteriorating health once more,” she wrote. “Alberto Fujimori deserves to be tried in freedom.”

Maduro pledges to attend summit despite being disinvited