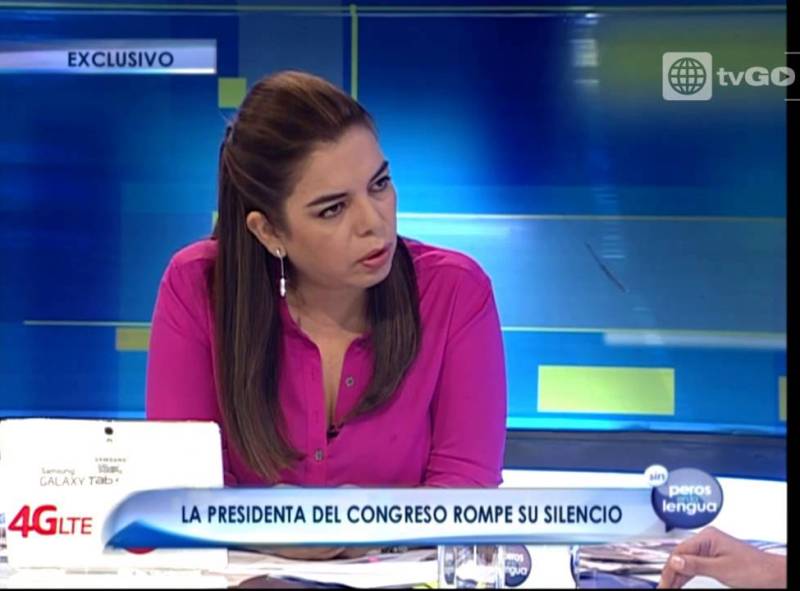 The dismissal of a prominent journalist for paying a high-profile fugitive for interviews has prompted accusations of intimidation in Peru’s government.

Last week Peru’s most prominent media company Grupo El Comercio requested the resignation of journalist Milagros Leiva, who hosted television programs “No Culpes a la Noche” and “Sin Peros en la Lengua,” after she admitted to paying $30,000 for interviews with Martin Belaunde when he was a fugitive in Bolivia.

“The end does not justify the means,” said Clara Ospina, editor-in-chief and anchorwoman of Canal N and America TV. “We do journalistic investigations, investigations that do not use bribes, kickbacks or payments to fugitives. And this man, although he was under house arrest, had escaped from Peru, had tried evade Peruvian justice and we do not accept that.”

Leiva claims the government pressured Grupo El Comercio for her resignation because Leiva’s reporting had been particularly damaging to first lady Nadine Heredia. She says she paid Belaunde for documents which incriminate Nationalist Party leaders.

Leiva visited Bolivia four times while Belaunde was under house arrest. Belaunde later escaped Bolivian custody before being extradited to Peru. Bolivian prosecutors are evaluating whether or not to seek charges against Leiva for aiding and abetting a fugitive.

Peruvian corruption investigator Joel Segura has formally requested all related documents from his Bolivian counterparts for his own review of whether Leiva committed a crime.

“Always be alert when there is this kind of confrontation between the authorities and the press,” said former journalist Luis Iberico, who is currently president of congress. “This happens in many parts of the world. I’m not saying who is right or not, but the problem comes from the upper echelons of power. Joel Segura will have to explain his behavior of intimidation ahead of the facts. He will have to withdraw himself if necessary.”

Ruling party congressmen dismiss the idea that the government played a role in Leiva’s dismissal.

“Can somebody believe that that could happen with media like Channel 4 or El Comercio, which are so hard on the government?” asks Nationalist Party congressman Hugo Carrillo. “What she has to answer is where she got the $30,000 and how they helped Martin Belaunde leave the country.”

Leiva maintains that the documents she obtained from Belaunde will exonerate her and bring down the government of President Ollanta Humala.

Who is Gerald Oropeza?