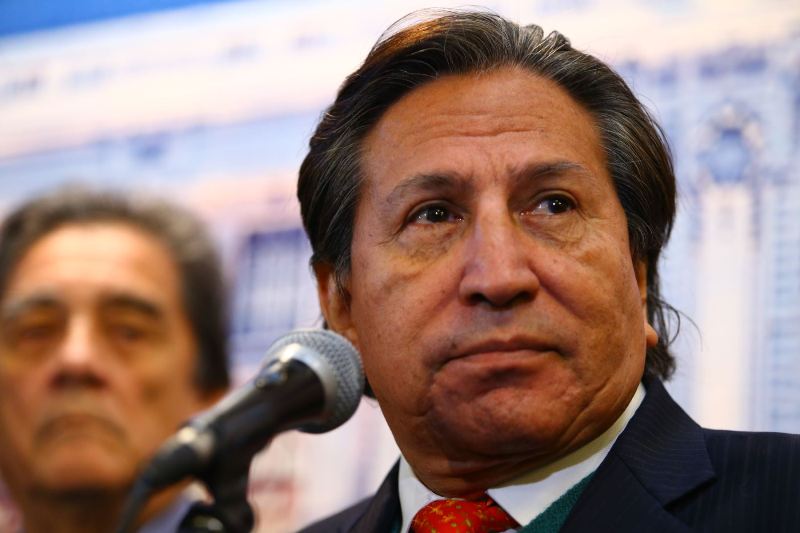 Prosecutors formally indicted Toledo along with his wife Elaine Karp, mother-in-law Eva Fernenbug, associate Yosef Maiman and security chief Avraham Dan. The indictment alleges the group used a Costa Rican company called Ecoteva to conceal the source of over $9.4 million, which was repatriated to Peru to purchase real estate in Lima.

Prosecutors allege that Toledo’s mother-in-law obtained a loan from Scotiabank to pay for two properties in Surco, plus the pending mortgages on the former President’s properties in La Molina and Tumbes. The bank loan was later paid off with CDs from the Ecoteva Consulting Group, incorporated in Costa Rica in January 2012. Various other Costa Rican companies were used to funnel over $9.4 million to Ecoteva, which raised the suspicions of investigators as to the source of the funds.

Similar charges were filed in May 2014, but a federal judge dismissed the case due to insufficient evidence. The same judge will decide in the next 15 days whether to allow the case to proceed based on new evidence provided.

“It is unbelievable that after four prosecutors and 26 months of investigation, it is concluded that it is not enough to have shown legitimate origin of the money used in a commercial transaction between private citizens,” Toledo said in response to the charges. “Once and for all, we have not illegally profited from exercising my role as President.”