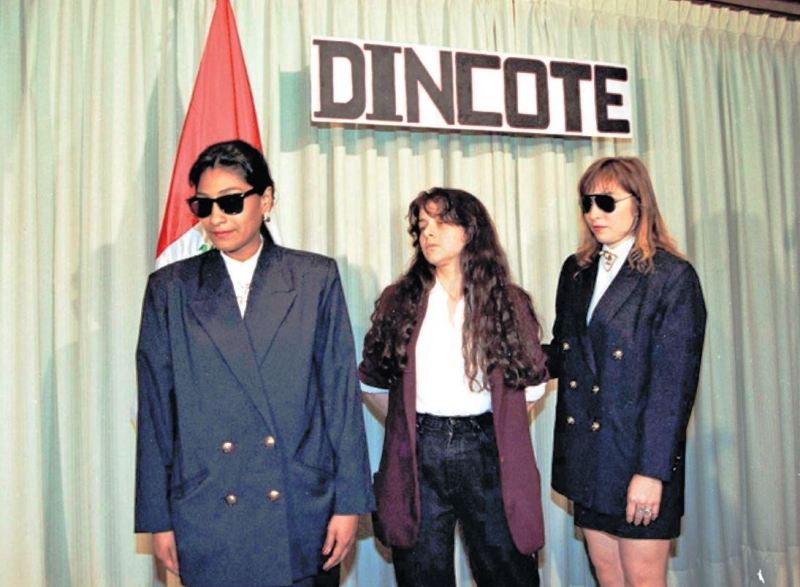 Lori Berenson will leave Peru today after serving 15 years in prison and five years of parole for her involvement in the Tupac Amaru Revolutionary Movement (MRTA).

In 1996 a military tribunal of “faceless judges” under former President Alberto Fujimori’s government convicted Berenson of treason for her involvement in the MRTA plot to assault Peru’s Congress. Berenson was sentenced to life in prison.

After the fall of Fujimori and under pressure from the United States, Berenson was given a new trial in 2001. A civilian court sentenced her to 20 years in prison including time served for aiding and abetting terrorists.

Berenson was released on parole in 2010 but required to complete her 20-year sentence in Peru. She has since lived a low-key life with her son in Miraflores. Today she and six-year-old Salvador fly back to her hometown of New York.

“I want to express my deep sympathy for the victims of the internal armed conflict in Peru, to which I was involved by my collaboration with the MRTA,” Berenson said last week in an interview with La Republica. “I deeply regret the suffering of everybody directly or indirectly affected by the conflict, and I beg forgiveness from the people who have felt affected or offended by my words or my actions.”

In November 1995 police arrested Berenson and another woman on a public bus in downtown Lima. Berenson and her “photographer” Nancy Gilvonio, in reality the wife of MRTA leader Nestor Cerpa, had just left Peru’s Congress with press passes from Third World Viewpoint, a socialist magazine.

After police arrested Berenson, they led a raid on the four-story house in Surco which she had rented for the last year. A standoff ensued in which one police officer and four MRTA rebels were killed. Police arrested twelve guerrillas and seized 8,000 rounds of ammunition and 3,000 sticks of dynamite, along with blueprints and scale models of Peru’s Congress.

Police pieced together the MRTA plot to seize Congress and ransom legislators for the release of jailed MRTA operatives. Berenson denied knowledge of the plot and the weapons cache.

However when Peru’s intelligence police trotted her out for a press conference, an indignant Berenson clenched her fists and shouted that the MRTA rebels were not criminal terrorists but a revolutionary movement fighting injustice in Peru.

“Forty-four seconds, and it ruined her life,” Berenson’s father later told the New York Times. “It doesn’t take much.”

The highly publicized video turned Berenson into one of Peru’s most hated personalities. In an interview with the New York Times, Berenson said she rarely goes out during the day for fear of being recognized.

“The other day someone came up to me and said, ‘You are damned, and he is doomed. You’re going to suffer your entire life, and he’ll make you suffer more’,” Berenson said. “I totally understand that people feel a strong rejection to someone who represents terrorism. The problem is, I may not be the person they paint me to be, and they’ll never know that.”

Berenson married MRTA militant Anibal Apari, who she met in Puno’s Yanamayo prison, when he was released in 2003. Apari then began work as a lawyer for MRTA prisoners. Their son was conceived during a conjugal visit and born in the Edgardo Rebagliati hospital after Berenson was transferred to a Lima prison.

After she flies out of Lima airport to New York today, Berenson will not be allowed to return to Peru.

“I want to live my life fully. I’m not so stubborn to be consumed by the past, but I’m not going to deny it either,” Berenson said. “It’s part of who I am and who I will be, regardless of where I am. I have a moral obligation to the memory of that violence, what it meant for the country and for those who still suffer. Relegating things to oblivion is forging forgetfulness, and I think every experience, good or bad, should serve to learn and move forward as individuals or communities.”

In 1996, just over a year after Berenson was arrested and the plot on Peru’s Congress foiled, the MRTA stormed the Japanese embassy in San Isidro during a party and held 72 hostages. In April 1997, Peruvian commandos led the Chavin de Huantar assault which killed all 14 rebels including MRTA leader Nestor Cerpa.

An American in Peru, Out of Jail but in Limbo (New York Times)