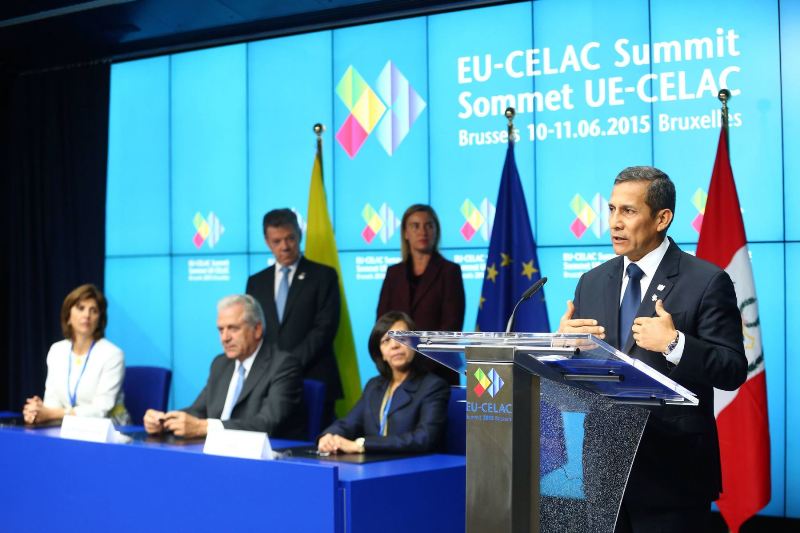 The European Union has eliminated the visa requirement for Peruvians and Colombians who want to visit countries belonging to the open-border Schengen pact. The deal will now be sent to each member state for ratification.

The elimination of the visa requirements will allow citizens of Peru and Colombia to skip a lengthy administrative process before being able to visit family members in countries like Italy and Spain.

Once the E.U. member states ratify the deal, along with Peru and Colombia, citizens from the South American countries will be able to freely travel to most of Europe receive a 90-day tourist visa upon arrival, just as European visitors are received in Peru.

“This is a historic day for Colombia and Peru,” said Colombian President Juan Manuel Santos after signing the treaty at the European Commission offices in the Belgian capital of Brussels.

Eliminating the visa requirement is effectively an endorsement by the European Union that opening its borders to Peru and Colombia will not stoke crime and illegal immigration. Peru and Colombia are two of the last large Latin American countries whose citizens still require a visa to visit mainland Europe. Countries whose citizens will still need to apply for a visa before traveling include Bolivia, Cuba, the Dominican Republic and Ecuador.

“Peru has maintained important economic growth, reducing poverty and inequality,” President Ollanta Humala said. “This is an acknowledgement of our country, which is working and moving forward thanks to the effort of the people.”

While the signing of the pact may be historic, it does not imply Peruvians can begin traveling to Europe. First, the deal will have to be translated into the dozens of languages of the 26 Schengen countries after which each country’s parliament has to individually ratify the pact. This process can last months, and it is unlikely the visa exemption will take force before December.

The Schengen countries include almost all of continental Europe. Non-E.U. member states which are members of the Schengen pact include include Iceland, Norway, Switzerland and Liechtenstein. Romania, Bulgaria, Croatia and Cyprus are currently not included but are in proceedings to join the visa-free travel union.

E.U. countries which do not participate in the free-travel Schengen-visa area include the United Kingdom and Ireland.