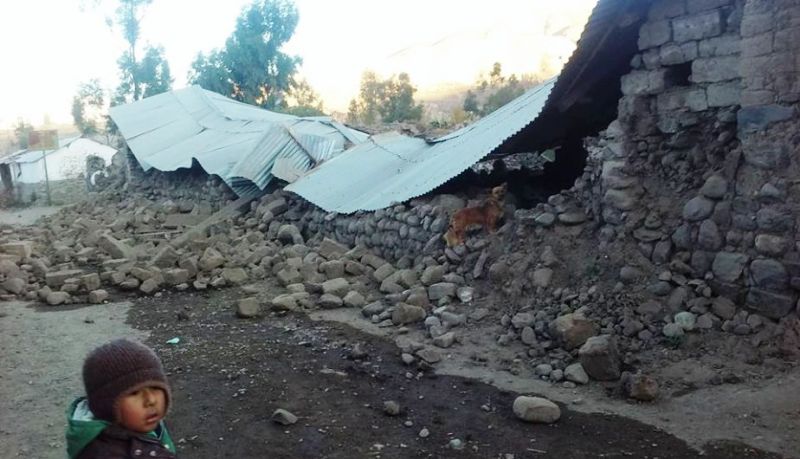 At least four people including an American tourist were killed in an earthquake in Peru’s southern state of Arequipa on Sunday night.

The 5.4-magnitude quake struck four miles from the Yanque district in Arequipa’s Caylloma province at 10 p.m. Sunday night. Among the dead is a 66-year-old American tourist, who was killed when the roof of his hotel collapsed.

“His body is inside the hotel because the highways are blocked and the prosecutor has not arrived,” a local official told the Associated Press.

Hundreds of homes destroyed or damaged throughout the Caylloma province. The Yanque district suffered three deaths and 30 injured, while 110 homes were destroyed in Ichupampa.

“We are bringing help to Caylloma and the districts affected by the quake. Vice President Martin Vizcarra is already in the area and the defense ministry is bringing help,” President Pedro Pablo Kuczynski tweeted.

The Caylloma province is home to the Colca Valley, Peru’s second most popular tourist attraction after Machu Picchu. A local tourism association official told Correo that 10,000 tourists would not be able to visit valley’s popular sites including the Condor Crossing or hot-spring baths while roads are blocked over the next few days.

Cabinet chief Fernando Zavala said the government would declare an emergency in the Caylloma province in order to mobilize aid.

This page is being updated as the story develops.

Shallow quake in Peru kills at least 4, including US tourist (Associated Press)