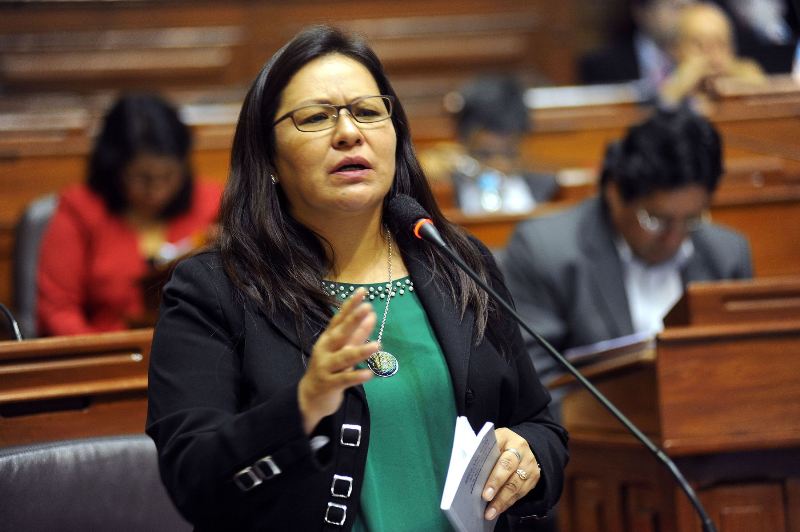 An employee at Peru’s congress has accused congresswoman Julia Teves of hit-and-run with her car.

In early April of this year the car of the Peruvian Nationalist Party spokeswoman, which was being driven by a chauffeur, struck congressional employee Celeste Lopez outside the building. Lopez told Panorama last night that neither Teves nor her driver stopped to help her.

“They took me in a wheelchair to an ambulance. I couldn’t feel the left side of my body. I thought it would stay that way, and I started to cry because I am a mother and a father to my daughter,” Lopez said. “When I was a few steps from the area where they take the CAT scan, I saw congresswoman Julia Teves come running with her assistants. And she begs me crying not to report her.”

Lopez said that Tevez had committed to paying her medical bills, but to date has only reimbursed her for $63 of the total $634 in hospital charges.

Teves has stayed mostly quiet about the incident. Last night she retweeted former justice minister Fredy Otarola’s statement, “Shameful of Panorama. Congresswoman Julia Teves is not responsible for damages caused by her driver.”

Tevez has represented the Cusco region since 2011.