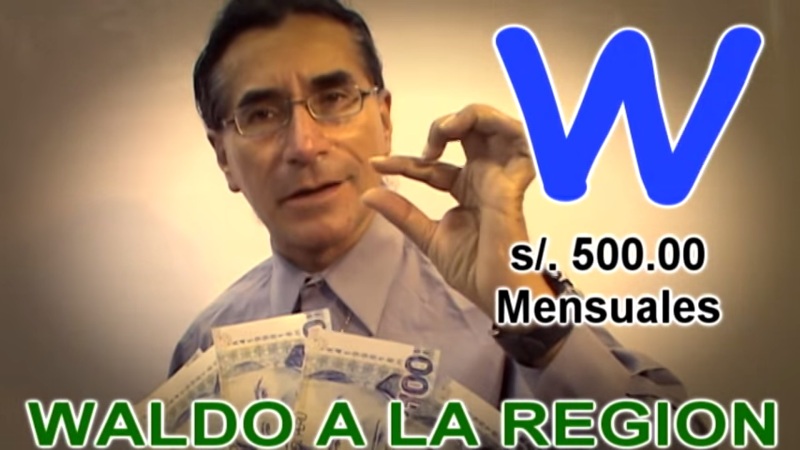 Ancash governor-elect Waldo Rios has cleared all legal hurdles to assume office after winning a runoff election six months ago.

Rios could not legally take office after winning the election because he owed a fine stemming from a 2001 corruption conviction. As a member of Peru’s congress in 2000, Rios accepted $10,000 from intelligence chief Vladimiro Montesinos to defect from the Independent Moralizing Front to Alberto Fujimori’s ruling party. Along with three other “defector congressmen,” Rios was barred from public office for three years and ordered to pay a $318,000 fine.

Rios paid the fine last February, over a decade after it was levied, but an anti-corruption prosecutor appealed a judge’s ruling that Rios had completed his sentence. On Tuesday Peru’s supreme court upheld that ruling and today Peru’s election board issued Rios a public service license.

Rios’ payment of the fine prompted new investigations for money laundering. One of his electoral opponents provided evidence to local prosecutors that six political donors who contributed to pay Rios’ fine have substantial debt and would have had a difficult time raising the money.

Peru’s corruption watchdogs should watch Rios “like a hawk,” said former attorney general Avelino Guillen. “He needs to be watched and the regional interests need to be defended … And the fact that he has assumed office does not prevent the public ministry from continuing its investigations [for money laundering]. There is a question about his image and that needs to be cleared up.”

Rios’ most difficult obstacle after clearing his legal hurdles may be fulfilling his widely publicized campaign promise of giving $159 per month to each family of Ancash state. Peru’s constitution prohibits local funds from financing anything besides infrastructure projects. Plus the state of Ancash faces public debt of $162 million after the two-term administration of former governor Cesar Alvarez, currently incarcerated for embezzlement and corruption.

Rios began to modify his campaign promise soon after the runoff, when he said the monthly stipend would only be for families living in extreme poverty. “My priority is addressing extreme poverty,” Rios said in an interview with El Comercio. “In reference to the $159, the first thing I’ll do is update the numbers and rearrange them because I launched the idea three years ago and the numbers are different. Once I have the update, I’ll know for sure what amounts I’ll have to be able to address extreme poverty.”

El Comercio reports that over 100,000 families in Ancash are threatening an indefinite strike if the new governor does not implement the stipend in the next month.