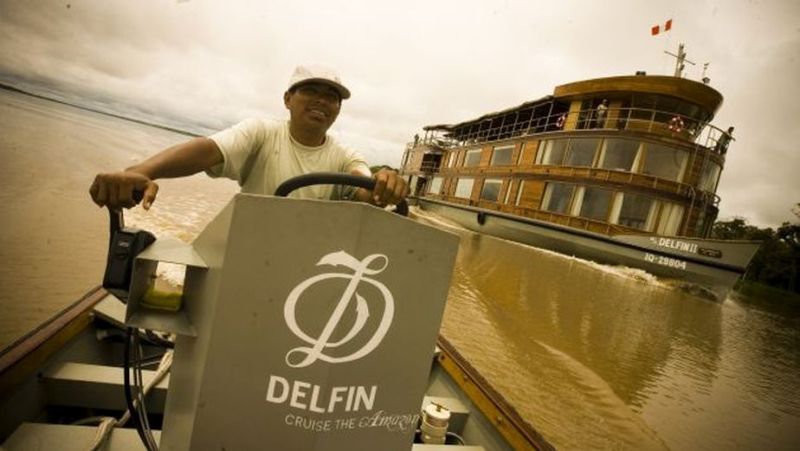 An armed gang held up passengers on an Amazon River cruise ship Thursday morning in Peru’s northeastern state of Loreto.

The Amazon Discovery cruise ship had left Iquitos en route to the Tahuayo and Pacaya Samiria national reserves when it was attacked in the Maynas province. Assailants on two speedboats fired at the boat multiple times at 3:30 a.m., forcing the captain to drop anchor.

Eight men carrying a range of light and heavy arms boarded the vessel and robbed approximately $20,000 worth of merchandise from the passengers and crew. The captain was beaten with a pistol and crew members were prevented from activating the panic button to alert emergency services.

“They entered shooting and threatening everybody,” one crew member told El Comercio.

The holdup lasted for approximately 30 minutes, after which the gang fled in their boats in the direction of Loreto’s state capital of Iquitos. More than 50 passengers, including 28 foreigners and 20 crew members, were stripped of belongings such as phones, tablets, cameras and other loaded goods.

Apart from the ship captain who is said to be recovering, no other passengers were injured. All passengers were escorted back to Iquitos by the coast guard after the incident. According to cruise operator Delfin Amazon Cruises, many of the tourists opted to return to their home countries. The representative added that the company’s insurance policy will cover the passengers’ losses.

This high-profile attack has raised questions about crime and passenger security on the rivers of the Amazon jungle. Oscar Garrido, captain of the Iquitos port police, told El Comercio that he had recently met with representatives from the tourist agencies which offer cruises of the Amazon, Ucayali and Marañon rivers.

“We asked them to hire armed security guards and that they activate their GPS systems,” Garrido said. “We cannot accompany all [passenger boats] along the route because we have more than 6,000 miles of jungle to take care of.”

Garrido added that the Iquitos coast guard has 27 boats to patrol more than 6,000 miles of rivers, where more than 9,000 boats circulate in the jungles of Loreto. He said that all boats should be equipped with cameras and satellite phones for the vast areas which receive no regular phone signal. The Amazon Discovery was equipped with cameras, and the video of Thursday’s assault is being analyzed by police.

Thursday’s riverboat assault is at least the fourth incident in the last year.

An armed gang dressed in military uniform and ski masks assaulted a tourist boat near the Pacaya Samiria reserve in December, stealing over $6,000 in merchandise. In October, an armed holdup of a tourist boat on the Ucayali River left four crew members injured with gunshot wounds. In April 2015, five armed men robbed 15 foreign tourists on the Nanay River.