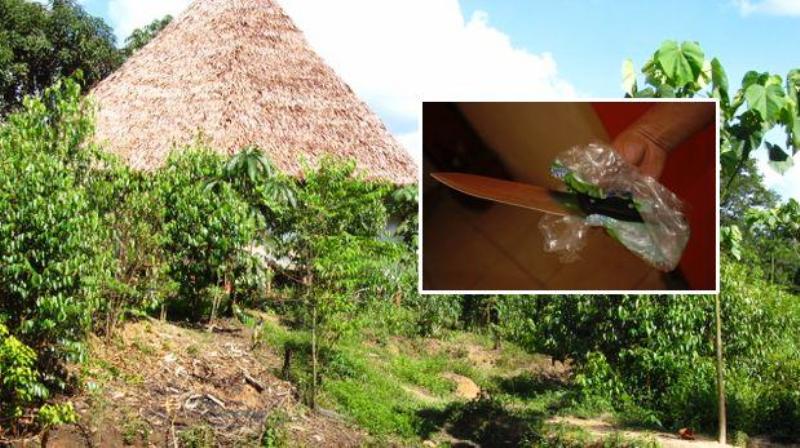 A Canadian man killed his friend and fellow tourist after both men consumed ayahuasca in a ceremony outside Iquitos last night.

According to Reuters, Joshua Freeman-Stevens stabbed British citizen Unais Gomes after the latter attacked him with a knife.

Witnesses say Gomes was suffering a bad experience after ingesting ayahuasca, which contains the hallucinogenic chemical DMT, and attacked Freeman with a knife from the kitchen of the Phoenix Ayahuasca retreat outside Iquitos. After a struggle, Freeman stabbed Gomes with the same knife in the chest and stomach.

“It might be folkloric, spiritual or whatever else, but that doesn’t mean it isn’t a drug that dramatically alters your state of mind,” Iquitos police officer Normando Marques told Reuters. He added that Freeman was in police custody.

The Phoenix Ayahuasca is a hotel and retreat in Iquitos catering to foreign tourists looking to take the hallucinogenic drug, ayahuasca, which is legal in Peru as indigenous communities of the Amazon jungle have taken the drug in religious ceremonies for hundreds of years. According to Reuters, ayahuasca tourism has increased in recent years. Phoenix Ayahuasca charges $1,200 for a 10-day stay which includes three nights of ayahuasca dosing.

“Approximately 40 minutes [after taking ayahuasca] visions begin, which may be of ‘other worlds’ or new perspectives on ‘this world’ and/or recollections in words, sights, sounds or feelings of episodes and events from your life which need to be healed and which can now be approached from a position of knowledge and strength, aided by the spirit of ayahuasca,” reads the Phoenix Ayahuasca website.

A New Zealand man died from a nicotine overdose after ingesting tobacco tea in the purging stage of an ayahuasca ceremony last September. In February a Canadian woman also died from an overdose.

Ayahuasca is currently classified in the United States as a Schedule I drug with “no currently accepted medical use.” However recent studies have shown it could be useful in the treatment of diabetes or addiction to alcohol and nicotine.

Keiko Fujimori to choose between centrism and old guard