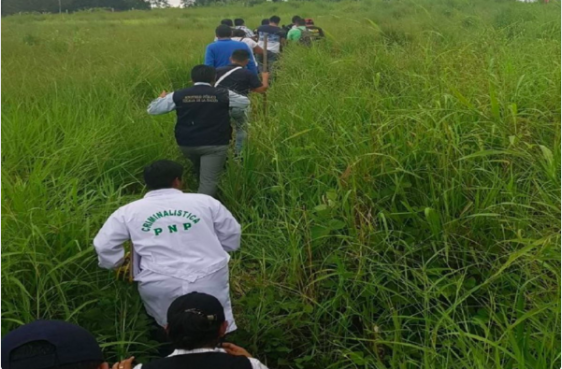 Two men believed to be involved in the lynching of Canadian citizen Sebastian Woodroffe are the subjects of an arrest warrant issued by Peru’s Judicial Branch on Monday.

José Ramírez Rodríguez and Nicolás Mori Guimaraes were the two men arrested after a local prosecutor said video circulating on social media showing at least parts of Woodroffe’s killing have made them the two primary suspects.

Woodroffe was accused by townspeople in the Shipibo-Conibo community in the Amazon of killing tribal leader Olivia Arévalo on Thursday. The elderly indigenous figure who acted as a shaman for the tribe, but was also outspoken in human rights and environmental protection, was found dead with multiple bullet wounds.

The indigenous organization Servindi reported that Arévalo’s family had formally accused Woodroffe of killing Arévalo and was handing out leaflets to townspeople in the Ucayali region.

The Public Ministry released a statement Monday saying that its officials have confirmed through an investigation that Woodroffe’s murder was connected to Arévalo’s. Woodroffe was found dead on Thursday, the same day as the indigenous leader.

“We’re working in a meticulous way in this case, as we’re worried because we’re not going to allow that in Ucayali there are these types of murders that go unpunished,” local prosecutor Ricardo Pablo Jiménez Flores said, according to the Andina news agency.