Arrests and raids: the latest in the Odebrecht corruption scandal 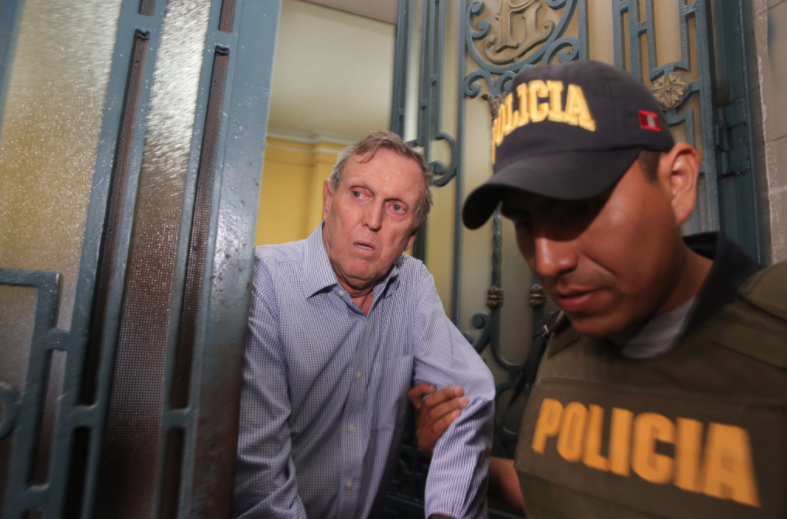 This week four former and current executives of Peruvian construction companies associated with the Brazilian construction giant Odebrecht, have been detained pending trial.

On Monday, Peru’s judicial branch announced on their official Twitter account that Judge Richard Concepcion Carhuancho had sentenced the men to 18 months of preventive detention, while investigations are carried out.

Gonzalo Ferraro Rey (former President of Graña y Montero) faces the same allegations and has been placed under house arrest due to health conditions.

The evidence provided by the Public Prosecutor’s Office at the hearing on Monday includes the testimony of the former director of Odebrecht in Peru Jorge Barata. Barata declared before Peruvian authorities that the executives “knew that we had paid [a bribe]” and that “their role had [been] decisive in obtaining results”, according to El Comercio.

Anti-corruption Prosecutor Hamilton Castro warned Judge Carhuancho that these prominent businessmen have the financial resources to escape justice, or flee, and should therefore be held in a pre-trial prison as prosecutors prepare criminal charges. The four executives have been transferred from the Justice Palace to Lima region’s Ancon No.1 prison facilities.

The arrests mark the first time executives from top Peruvian companies have been jailed in the Odebrecht scandal, Brazil’s largest-ever corruption case that has since widened into other Latin American countries. The decision to detain the Peruvian businessmen suggests that the prosecutors of the Lava Jato Case are cracking down on all those linked to Odebrecht, including those at the top of the pyramid.

Peruvian companies, Grana y Montero, JJ Camet Contratistas Generales and ICCGSA have previously denied any involvement in Odebecht’s bribe, and since the arrests, have declined to comment.

The latest episode in the Odebrecht case unfurled yesterday, as the Judiciary authorized the raid of two offices linked to Fuerza Popular, Peru’s main opposition party, as part of the investigation into leader Keiko Fujimori’s ties with Odebrecht.

Peruvian prosecutors opened a money laundering investigation into Keiko Fujimori, and her 2011 and 2016 electoral campaigns after a note was found written by Marcelo Odebrecht, head of the Brazilian construction company, saying “raise Keiko to 500 and pay a visit.” Following questioning by Peruvian prosecutors over the note, Odebrecht confirmed that money was given to Keiko Fujimori and her 2011 campaign, according to sources.

The order of the raid was requested by Prosecutor Perez, and issued by Judge Richard Concepción Carhuancho.

Secretary General of Fuerza Popular, José Chlimper, has acknowledged that the search was legal, however reiterated that it was unnecessary, as all accounting documentats of Keiko’s electoral campaign had already been sent to the Public Prosecutor’s Office, according to Perú.com. Chlimper also stated that the arguments presented by prosecutors to request a search warrant were not based on confirmed facts, but rather, journalistic cuts.

Statements from Odebrecht confirming Keiko’s involvement have yet to be released as part of the agreement with the Brazilian justice team working on the investigation.