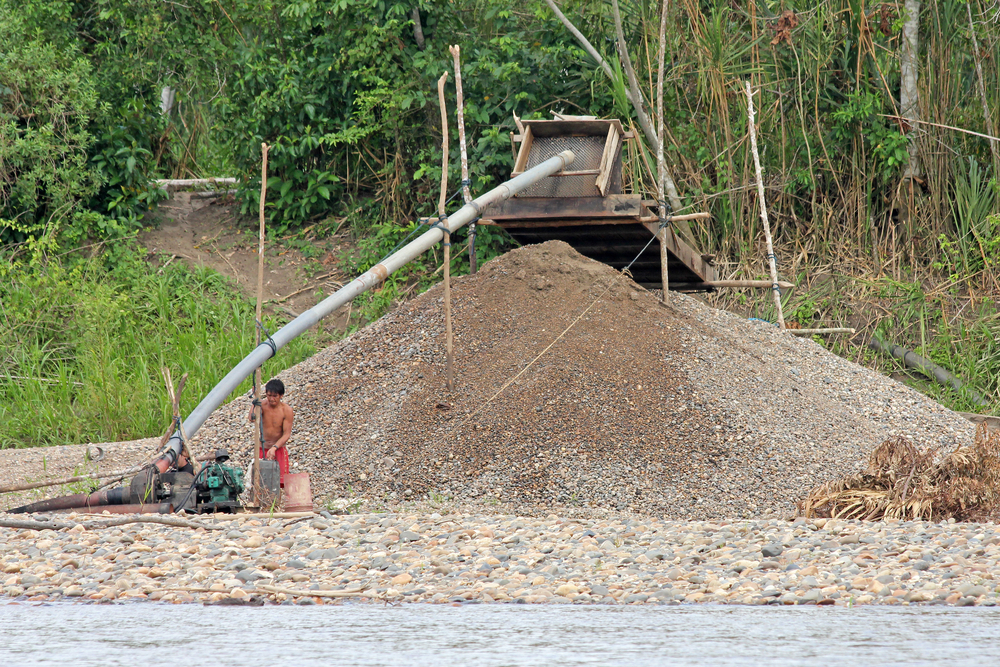 Political and judicial loopholes mean that most illegal miners receive little or no punishment, according to El Comercio.

On Sunday, the Ministry of the Interior reported through a public communique that it destroyed nine motors, 10 rafts and other objects related to illegal mining in the Madre de Dios region. They also found six motorbikes that were used by illegal miners and taken to the Vehicle Protection Unit to carry out investigations. However, even if they link the motorbikes to the owners, it is extremely unlikely that they will be punished by law.

So far this year, there has been no sentence against an illegal miner. At the beginning of March, Madre de Dios news source reported that illegal miner Rony Franco Silvano, who was caught in the act, would be sentenced to six months of preventative prison. Illegal mining can invite a sentence of up to eight years, but many analysts believe that even this six-month sentence is unlikely to be carried out.

District attorney América Bautista spoke to El Comercio about why he thinks Franco will get off scot-free.

“We have an average of 30 people with preventative prison sentences, that would have already been carried out,” he told the newspaper. “But we don’t have a land expert. Therein lies the problem.”

According to Bautista, the judges require that a land expert determines the existence of gold in the ground where the illegal mining takes place. Without this, the crime cannot be labelled as ‘illegal mining,’ as there is no proof that there is something to mine in the first place.

Some do undergo preventative prison sentences, but they are necessarily linked to environmental concerns rather than the act of illegal mining itself. In order for them to be tried for illegal mining, the individuals need to be caught in flagrante and an expert must carry out a test to ascertain the presence of gold.

“Do I need to wait until they do some damage in order to act?” asked Bautista. “It’s not logical. The judge is asking for an expert’s opinion, to find out if gold is in the area or not. Gold isn’t a badge, or something visible!”

In addition, there is no laboratory in Madre de Dios that can carry out the required test. There is one in Cusco, but it requires a higher budget, as well as more time needed to travel between the two regions.

El Comercio also spoke to the President of Judicial Power, Duberlí Rodríguez, who admitted that there was ‘some impunity’ in how illegal mining cases were handled but placed the responsibility on the government.

“It’s a complicated battle, but if the central government takes a decision, I think it can succeed,” he said. “We don’t have anyone who is specialized. We are a little behind in the fight against illegal mining.”

Illegal mining has long been an issue in Peru and has profound negative effects on the environment and natural resources. Environmental news source Mongabay reported that between January 2017 and February of this year, the Monitoring of the Andean Andes Project (MAAP) detected the deforestation of 1.32 hectares of land, the equivalent to 1800 football fields, in Madre de Dios alone caused by illegal mining.

The consequences can also be seen in society and at the level of authorities, wrote ex-lawyer Cristian Salas in an article in Peru21. He asserts that the criminal activity is swamped by corruption at many levels.

He implies that this as a significant factor as to why much illegal mining activity goes unpunished, as authorities can be threatened or bribed to turn a blind eye. He also criticises that the current legal system isn’t working, as one person here or there won’t make a difference to the activity as a whole.

“An illegal miner is not an isolated subject, it involves a whole group of people,” he wrote.

La Republica reported that the government is already working to combat illegal mining in Madre de Dios. In March, the first Peruvian Environmental Justice Tribunal was installed in the region. This hopes to reduce the level of illegal mining as well as protecting the indigenous communities in the region, who are worst hit by the deforestation caused by this illicit activity.

This doesn’t totally combat the issue of corruption in the region. But hopefully, Martin Vizcarra’s newly created Lima Compromise, created at the Summit of the Americas last weekend, will give an extra impulse to his fight against corruption in the country.