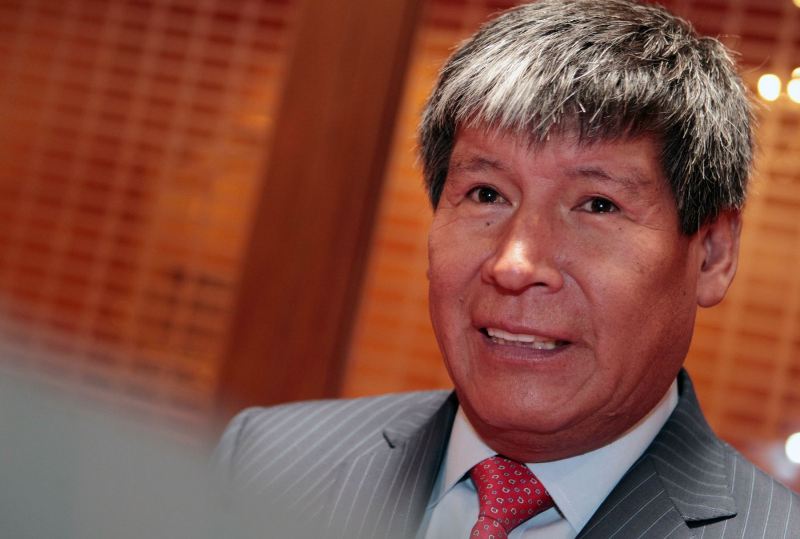 Ayacucho governor Wilfredo Oscorima was sentenced to five years in prison yesterday for embezzlement and malfeasance.

Oscorima was convicted for a case from 2011 when heavy rains prompted the declaration of an emergency in Ayacucho. Under the law, normal government protocol is suspended during official states of emergency. During the emergency, Oscorima oversaw the no-bid purchases of $6.3 million worth of machinery.

The judge also issued Oscorima a $414,000 fine and declared him ineligible to hold public office for three years, effectively ending his term as governor of Ayacucho. Lieutenant governor Victor de la Cruz was sworn in and assumed office yesterday.

Oscorima did not attend the hearing and authorities do not know where he is. According to a statement from de la Cruz, Oscorima requested a 30-day vacation from the Ayacucho state government, which was granted.

In April Oscorima received a suspended sentence of two years for a different case in which $1.9 million of tractors were purchased in no-bid contracts. He also received a $47,000 fine.

Before entering politics, Oscorima built a profitable empire in Lima casinos. He had been accused of money laundering and tax evasion for those interests.