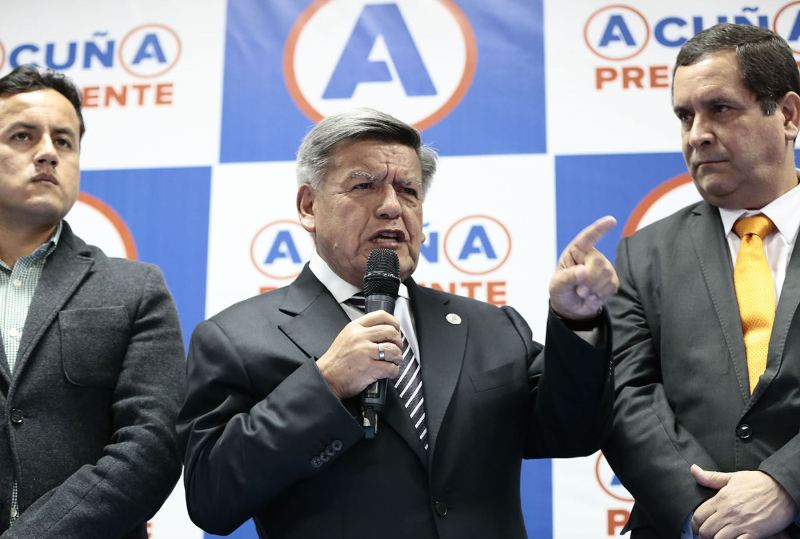 Presidential candidate Cesar Acuña is on the defensive after a report alleged he raped a 16-year-old girl in 1989 which resulted in an illegitimate child.

Peru 21 published a report this morning about Acuña’s relationship with Rosa Gutierrez, a student at a college preparatory institute which Acuña founded. The newspaper cites a 1989 tabloid which reported that the 33-year-old Acuña provided alcohol to and raped the 16-year-old Gutierrez, who became pregnant.

Upon learning their daughter was pregnant, Gutierrez’s parents filed statutory rape charges against Acuña, but later withdrew them. Peru 21 found that Gutierrez gave birth to a son whose birth certificate listed Acuña as his paternal last name. Gutierrez’s son died in a Trujillo car accident in 2009.

Gutierrez says her son was not conceived from a rape and her family affirms the former governor supported his son.

The revelation comes against a candidate who has already been accused of domestic abuse. Acuña’s ex-wife Rosa Nuñez, who currently represents Trujillo in Congress, told Peru 21 during Acuña’s bid for the La Libertad governorship last year that he was physically and psychologically abusive.

“He is a very violent man,” Nuñez said. “Sometimes we would be eating and he would throw the plate in my face or spit on me. He told me I was old and ugly, and that he was too attractive for me. And he didn’t say it as a joke. He was speaking in all seriousness.”

Nuñez said that Acuña once threw he down a flight of stairs, which resulted in her being hospitalized. She claimed to have filed charges against him on various occasions. She added that she knew about two extramarital affairs which resulted in children outside the marriage, before learning of Gutierrez.

“Cesar is power hungry,” Nuñez said. “His only objective is to be president of Peru.”

“It is very harmful that someone who beats women seeks the presidency,” said APRA party leader and presidential candidate Alan Garcia, who Acuña recently passed in polls for third place. “It is an act of cowardice, and the detailed evidence given by his wife shows the terrible tragedy for this woman who had to live with an aggressor.”

“Alan Garcia has no moral authority to talk about family, because he humiliated his wife in front of all Peruvians,” Acuña responded, referring to Garcia’s extramarital affair which resulted in a child and his divorce from former first lady Pilar Nores during his second presidency.

The increased scrutiny is Acuña’s first challenge as a relatively unknown regional politician.

Cesar Acuña founded Trujillo’s Cesar Vallejo university and soccer club in 1991 and 1996 respectively. He served as a congressman from 2001 to 2006, Trujillo mayor from 2010 to 2014 and La Libertad governor for nine months in 2015 before resigning in order to run for president of Peru in 2016.