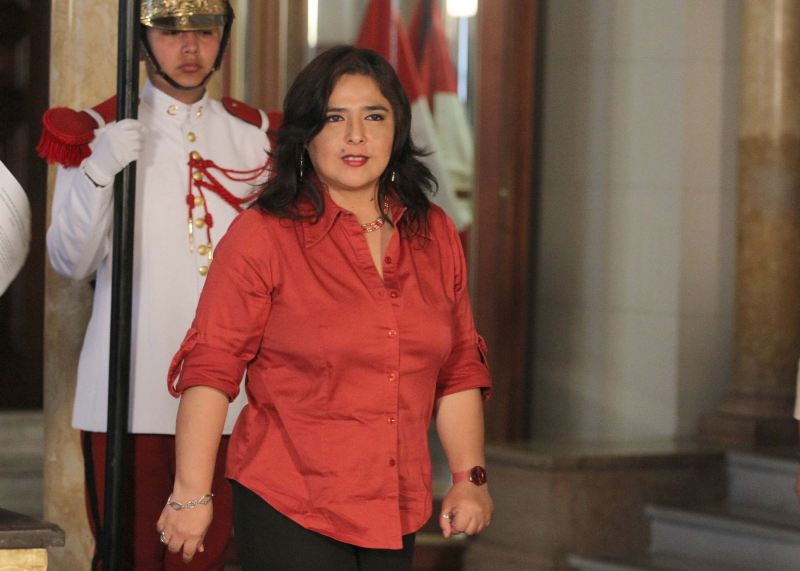 After a five-hour debate last night, 72 members of congress voted in favor of censure, 42 voted against and two abstained. A simple majority is needed to censure the prime minister in Peru, which requires the immediate resignation of her and all the cabinet ministers.

This is only the third time a prime minister has been censured, and the first in over 50 years. In 1963, congress censured President Fernando Belaunde’s prime minister, Oscar Trelles. In 1932, Luis Flores was dismissed from President Luis Sanchez’s government.

“It is an honor that this congress censure me,” Jara tweeted after the vote was confirmed. “I thank the Lord Jesus for having given me the opportunity to serve my country.” Having been appointed in July, Jara lasted only eight months as prime minister.

Calls for censure started in the wake of a scandal at Peru’s intelligence agency. Less than two weeks ago, Correo reported that the Dini collected private information about politicians, journalists and business leaders from other government entities. Although the information gathering began during Alan Garcia’s administration, congress was unsatisfied with Ana Jara’s response to the crisis. According to the censure’s text, Jara is dismissed for “not having satisfied the expectations of the Republic’s Congress during her presentation on March 19, 2015 and not having appropriately investigated, charged or punished those in the Dini who committed crimes against the homeland.”

President Ollanta Humala has 72 hours to accept Jara’s resignation and appoint a new cabinet. While Jara may not return to government, the other ministers may be re-appointed. Sources say interior minister Fredy Otarola or housing minister Milton von Hesse will succeed Jara to lead the cabinet. But some members of congress have said they will not approve anybody connected to Humala or his wife, Nadine Heredia.

If congress does not approve Humala’s submissions for cabinet ministers, the President will have the option to dissolve congress and call elections. Dissolving congress is seen as unlikely because, given the President’s approval ratings of 25%, his Nationalist Party would emerge weaker from fresh elections.

Humala’s new cabinet will be the latest of many that have plagued his presidency. His last cabinet shuffle came just one month ago, and just over a year remains in his term for the new cabinet.

The censure is seen as a win for 2016 presidential contender, Keiko Fujimori. Also allied in the censure and opposition to Humala’s Nationalist Party are the Apra and Popular Christian parties.