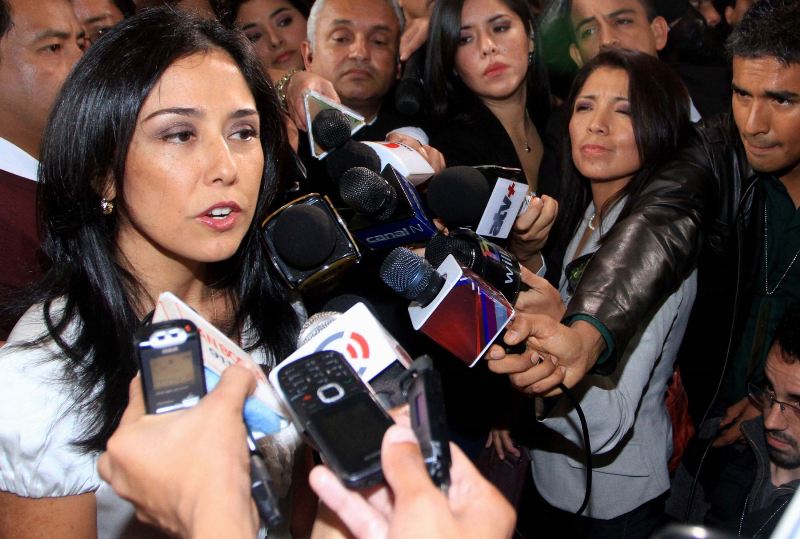 The announcement comes three weeks after Heredia appeared before the Belaunde commission to testify about her relationship with President Ollanta Humala’s former campaign manager. Heredia, who is also the president of the Peruvian Nationalist Party, refused to answer many of the questions on the basis they were outside of the commission’s mandate.

Television program Panorama obtained audio recordings of the closed session, from which it broadcast excerpts of Heredia’s testimony. In responding to APRA part leader Mauricio Mulder’s request for her to voluntarily open her bank account for the commission, Heredia said “This was already investigated by the public ministry. They lifted my banking secrecy … and it was determined that there was no irregular activity or money laundering or anything else, which is why the investigation was closed.”

“I am completely positive that you are going to vote for me to be investigated, but I am going to respond. I do not have any bank account in global tax havens,” Heredia said in another response to Fujimorista congressman Segundo Tapia, who pressed the first lady about deposits to her account made by family members amounting to $215,000 between 2006 and 2009.

“[Nadine Heredia and her brother Ilan Heredia] are people in the same circle for whom Martin Belaunde has managed money for a very long time,” Mulder said in support of Heredia’s official designation as subject of investigation.

The commission is investigating Belaunde for various corruption and political racketeering operations. Those involving Heredia include his Antalsis and Todograph companies, which received lucrative government contracts from municipal governments throughout Peru, as well as his political donations to the Peruvian Nationalist Party and consulting jobs he procured for Heredia in the years before her husband was elected President.

“[The decision to investigate Heredia] is the revenge of APRA, which undoubtedly influences Popular Strength and pressures commission president [Marisol Perez] to influence the proceedings so Nadine Heredia gets investigated,” Nationalist Party spokesman Teofilo Gamarra said in response to the news.