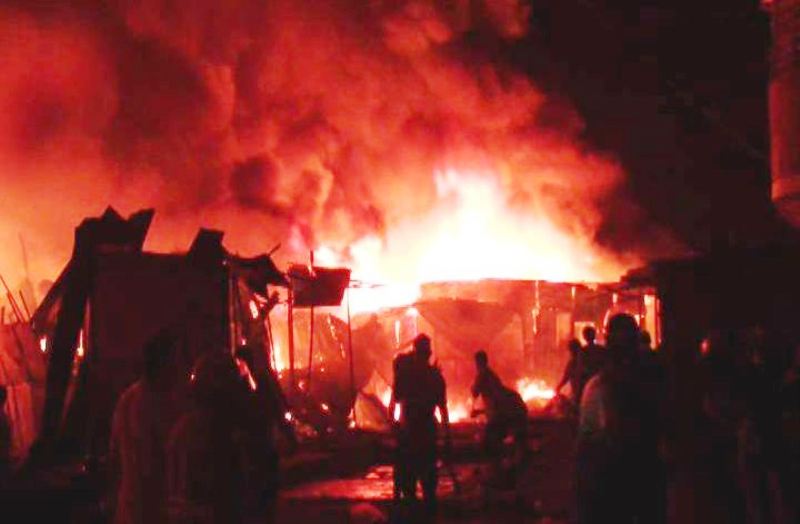 A fire destroyed a large informal shopping center located next to a children’s hospital in central Lima last night.

Over 20 firefighting units were dispatched to battle a raging fire at the Flores market in Breña, just in front of the Hospital del Niño emergency room a few blocks from the Campo de Marte park and Plaza Bolognesi. Firefighters labored into early Saturday morning before bringing the fire under control.

La Republica reports that the fire started in one of the market’s hundreds of stalls where a vendor was welding without proper safety precautions. The building was almost completely consumed by the fire. Local authorities have prohibited access because the structure may collapse at any moment.

RPP reports there were no injuries suffered in the fire.

Over 200 stalls were destroyed in the quarter-acre market which housed as many as 400 independent vendors. Small businesses peddled everything from fresh produce and meats to clothes, toys and electronics at the Flores market.