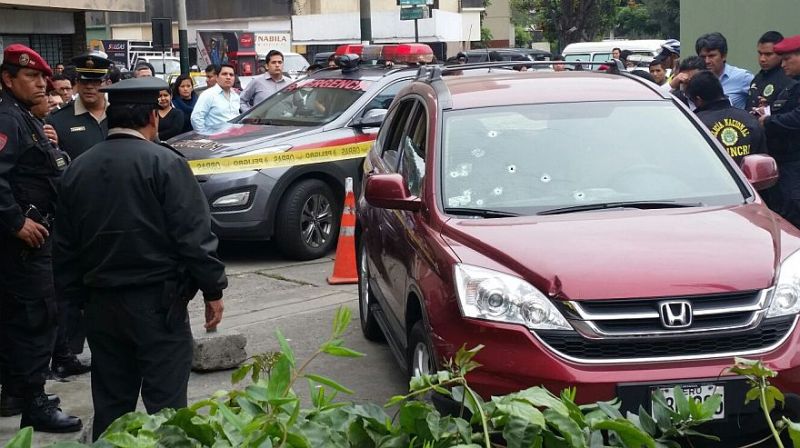 An armed robbery ended with a shootout in Lima’s San Isidro district today as a team of thieves escaped with over $89,000.

A local businessman was driving south on Arequipa avenue after withdrawing $89,000 in cash from a bank in Lince when a black Audi cornered his car under the bridge at Javier Prado avenue in San Isidro.

The man, who was armed, opened fire on the assailants in what became a shootout in broad daylight in the heart of Lima. His wife and an employee took cover in their red SUV.

The assailants wounded the man and recovered the cash as police arrived, which resulted in a new shootout. The team of thieves escaped with the cash and dumped their car in the San Miguel district. Both cars had several bullet holes.

The victim was treated at a local hospital for bullet wounds to his arm and hand.

Today’s shootout comes just two months after a shootout with police during broad daylight in Lima’s Surco district. The thieves in that case also escaped with a similar amount of cash.

Opinion polls show crime is voters’ top concern heading into elections next April. Three of the top five presidential candidates have called for the military to patrol city streets as a deterrent.