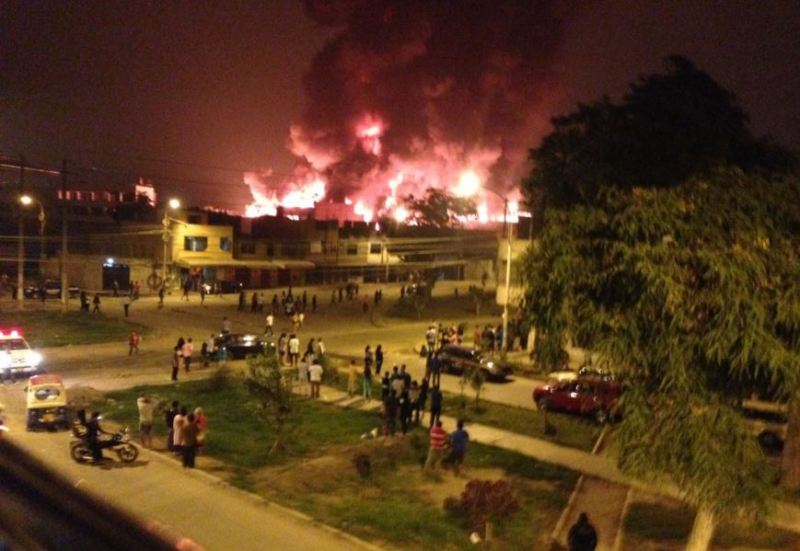 Authorities say a firework started the fire in a paint factory which spread to two adjacent buildings including a plastics plant and a hose factory.

The firework was detonated just after midnight last Friday, Christmas morning, and the fire blazed for hours before a team of more than 100 firefighters were able to bring it under control around 6 a.m. At least one firefighter was injured in containing the fire.

The fire in Comas was one of almost 60 fires throughout metropolitan Lima on Christmas, most of which came just after midnight when residents detonate fireworks to celebrate.

“Five of the fires were large,” Mario Casaretto, chief of the Lima fire department, told Peru 21. “One on Dominicos avenue in Callao, another in San Juan de Lurigancho’s Zarate [neighborhood], two in La Victoria and the most serious one affected a textile factory in El Agustino.”

The dozens of fires in Lima made up a small part of over 500 fires registered throughout Peru on Dec. 24 and 25.