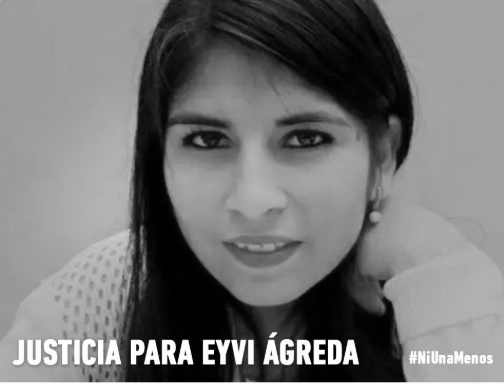 Eyvi Ágreda, the young woman who suffered a violent burn attack on a Lima bus in April, died Friday from her injuries that included third-degree burns.

President Martín Vizcarra confirmed the tragic news with a Tweet Friday afternoon, saying that he learned while visiting Moyobamba that the 22-year-old Peruvian had passed away in the hospital. “With profound sadness, I received the unfortunate news in Moyobamba that Eyvi Ágreda passed away. My deepest condolences to her family.”

Vizcarra added that his government will continue to work to protect victims of gender-based attacks like the one that ultimately took Ágreda’s life.

The news was originally reported by the Peruvian Health Ministry that also went to Twitter to report Ágreda’s passing.

“The medical personnel at Almenara Hospital did their best effort to keep (Ágreda) alive,” the ministry account wrote. “May God take care of her. Enough with femicides!”

Even among Latin American countries, Peru has been noted for its abnormally high rates of attacks and murders against women.

Ágreda was believed to be attacked by detained suspect Cesar Javier Huallpa Vacas on a bus in April when he said something to her before pouring gasoline over her and setting her aflame. “I’m burning you because if you’re not mine, you won’t be anyone’s,” he reportedly told her during the vicious attack, according to witness accounts. The suspect was caught almost immediately after the attack and is now in preventive detention and could face up to 35 years of prison time for the attack.

Ágreda was covered in second- and third-degree burns across 60 percent of her body, doctors said. Her internal organs like her lungs and liver were also harmed by the gasoline.

In an official announcement from the Health Ministry, doctors said that Ágreda had been in intensive care for 38 days and went through various surgeries to treat her burns. However, they said, she ultimately succumbed to shock.

Ágreda has become a symbol for the tragic rates of femicide and domestic violence in the country. In 2016 alone, Peru registered more than 380 femicides.