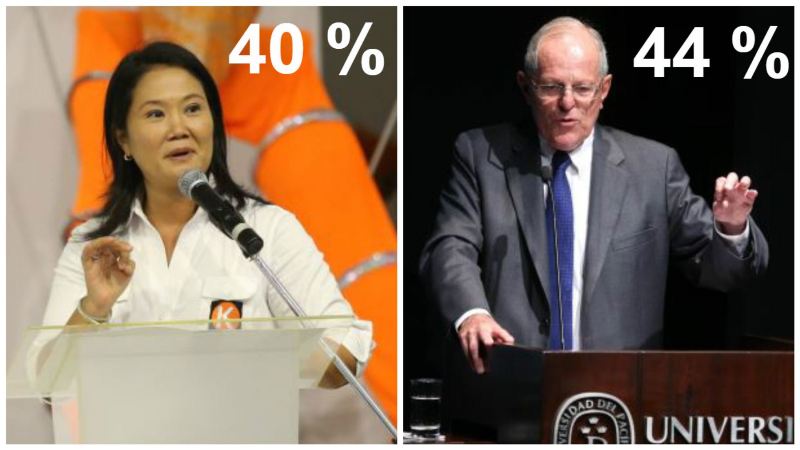 The 77-year-old investor favorite with experience in the World Bank and two governments’ Cabinets has gone from being widely dismissed by the media to the favorite to head Peru’s government. A poll in February had Kuczynski as low as fourth in the race behind Julio Guzman and Cesar Acuña. Two weeks later, Kuczynski fired his campaign manager and reformulated his message.

The poll confirmed and expanded the lead Kuczynski had in an Ipsos poll in March which showed him beating Fujimori in a hypothetical runoff by one point.

“We accept [this poll] with prudence and calm,” Popular Strength spokesman Pedro Spadaro told Andina. “This is just beginning, it is a new campaign. There is 35% on both sides which is sure about their vote. We hope to convince those who are not convinced to vote for Keiko that our plan for government is better.”

“[Kuczynski] is a person who does not have a lot of baggage,” Torres said. “The thing with Keiko is that she has a strong anti-vote. But it is possible that she gets votes going around the country in less politicized areas. It cannot be ruled out that she might win.”

Peru will hold its runoff election on June 5.