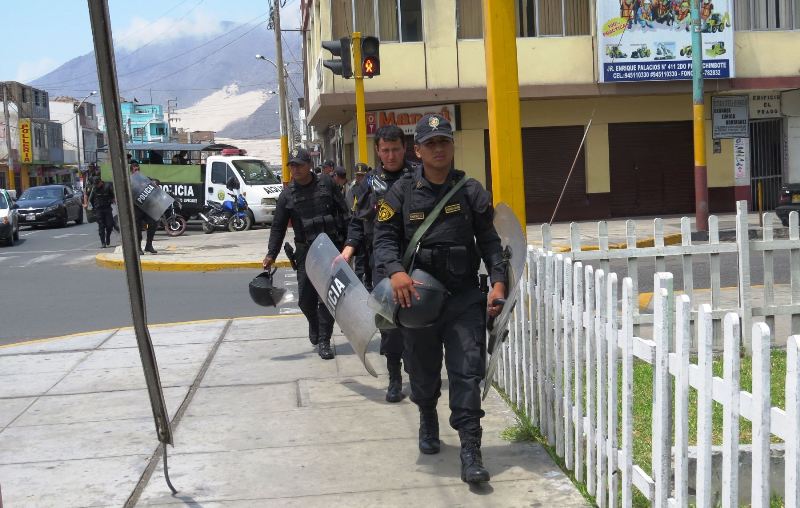 Peru’s government has extended martial law due to high crime for the fifth time in the Santa and Casma provinces of Ancash state.

Last week a group of officials sent a letter to Cabinet chief Fernando Zavala to raise their concern over the termination of the state of emergency scheduled for Aug 8. The state of emergency, which suspends constitutional rights in the two provinces including the port city of Chimbote, has been in place since December.

However Santa state judge William Vizcarra opposes the extension as it restricts the constitutional rights of citizens. He says police should focus on improving their intelligence systems.

A state of emergency was first implemented in December 2015. Since then police have made almost 2,000 arrests, seized 86 weapons and 382 explosives and “dismantled” 69 criminal organizations. In May police arrested Nuevo Chimbote police chief Freddy Tuesta as he tried to smuggle 119 kilos of cocaine out of the country at night by boat from a small beach.

The extension of martial law in Santa and Casma followed a similar declaration by Kuczynski’s new government in Lima’s port district of Callao, which has also been under martial law since December.