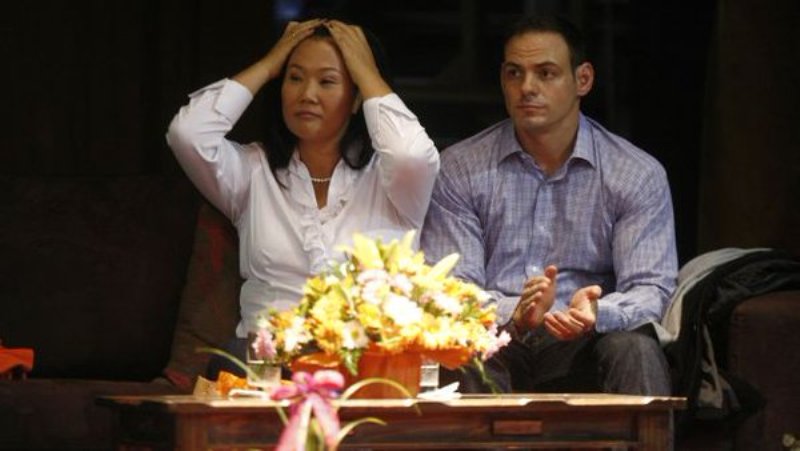 Peru’s media reports there is a money-laundering investigation into presidential candidate Keiko Fujimori just two weeks before the runoff vote for president.

The development was made public with the dissemination of an internal justice department document dated March 8 which outlines prosecutor German Juarez’s investigation into Fujimori and her American husband, Mark Vito.

Juarez will investigate a cocktail-party fundraiser held in December which yielded over $200,000 for Fujimori’s campaign. He will also investigate $500,000 in donations which came from Delaware-based corporation, LVF Liberty Institute. Delaware law allows significant secrecy to conceal the company owners and revenue sources.

The prosecutor is investigating Vito for his purchase of land in Cañete worth $185,267. Vito purchased the property through a company for which his declared assets amounted to only $300.

The news of money-laundering investigations into Fujimori come the same week as the revelation that there was a DEA investigation into Popular Force chairman Joaquin Ramirez for money laundering in connection with an alleged drug trafficker.

Fujimori denounced the reports as part of a “smear campaign” of “false accusations and unfounded reports” supported by President Ollanta Humala’s government.

“We know that the electoral combination supporting my opponent is led by this government and has gone to desperate lengths because Mrs. [Nadine] Heredia is about to be charged [with money laundering],” Fujimori said according to El Comercio.

Both Fujimori and Vito will be summoned to Peru’s justice department to make statements about the origin of the money in each case. The 60-day investigation will not be resolved before the runoff vote on June 5.